I found this dish while browsing their catalogue online, did not have time to view the sale as I was on a buying trip up North. Described as probably 19thc and with a really low estimate. I was confident enough just by looking at the photos to bid on this dish, i was hoping it had been missed by the London trade as every now and then pieces do slip through, no such luck though – bidding started at £300 and minutes later the hammer came down at £20k. Here was me hoping maybe I’d found a sleeper and could buy it for a few thousand… Keep trying Irv!

Was the dish real though?

The dish was of the period and a nice example at that and a good size. Similar dishes have sold at the big 3 auction houses for varying sums. Trouble is with Chinese antiques there is no real price discovery mechanism. A vase can sell for one price one week then a few weeks later an identical vase sold elsewhere can make double or half of the original previous auction price. No one knows the price of anything, were all just making it up as we go along but trying to use auction records as a guide.

Its all in the details

The majority of Chinese imperial porcelains were all made to a strict design, shape & palette, so with a little research we can confidently bid on a piece just by studying a few good photographs.

Another few indicators on the Toovey dish being period for me was as well as the decoration being inline with 18thc dishes the thinness of the porcelain was correct for the period, 19thc copies are usually potted thicker also the six character Kangxi mark on the back of the Toovey dish looked to have been written by the same hand as marks on other known period pieces. Remember during the production of porcelains at that time there would have only been a few calligraphers whose sole job was to paint reign marks on porcelain day in and day out, if you study the reign marks on period pieces enough you can become familiar with the hand of each calligrapher. I need get out more……

p.s. Its not Turkish, it’s Indian (Mughal) also the panels are Jade not Agate. 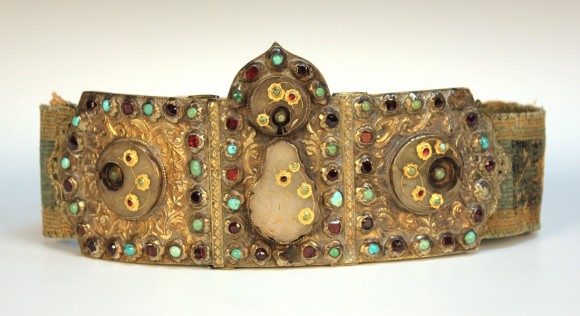