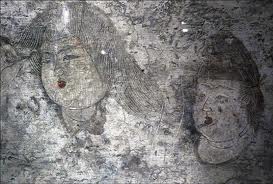 HUBEI Province police have detained 32 people and retrieved 198 cultural relics worth more than 100 million yuan (US$16 million) in a raid on an underground antique market, Wuhan Morning Post reported yesterday.

Chinese law states that items buried underground belong to the nation and sales of such items are prohibited. 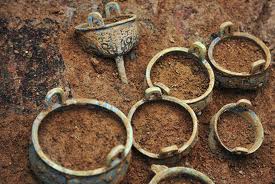 The most significant piece seized by officers is a bronze tripod belonging to Marquis Bao of Zeng State. It is about 2,700 years old and is the first cultural relic rather than written document to prove Bao was an ancestor of Marquis Yi, who became famous in archaeology circles after precious bronze bells were unearthed from his tomb in Suizhou City in 1978. The discovery of the bronze tripod is a major archaeological breakthrough, it said.

Police began to investigate the case following a tomb robbery in Suizhou City in August 2011, according to Cai Guoxiu, the city’s deputy police chief.

After a villager discovered a potential tomb robbery, police were called in.

After a tip, officers discovered a group of people staying at a hostel would sleep during the day and go out at night with “Luoyang spades” – an important instrument to detect and locate underground tombs.

The suspects confessed that with the help of four Suizhou natives they had stolen a bronze tripod and sold it to a Shandong dealer, identified as “Little Fatty,” for 2 million yuan, the report said.

Police later identified Little Fatty as a 36-year-old farmer and found clues to an underground antique market that was spread across eight provinces and run by a man known as “Brother Zhang.”

Police said they believe about 70 people in 20 cities across nine provinces are connected to the case.