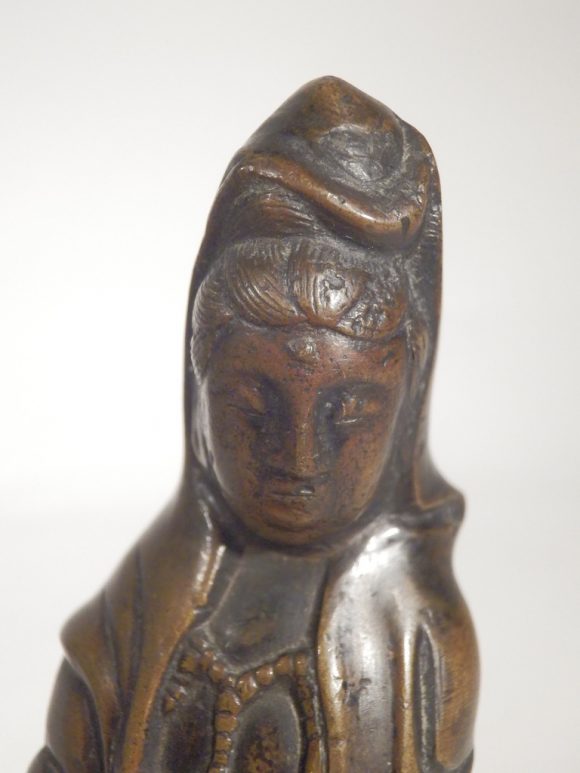 The Goddess of Mercy is cast holding a basket containing a fish. She wears a long flowing robe with sashes and pectoral jewelry. Her serene expression is framed by an upswept chignon and braids cascading down her shoulders.

The goddess Guanyin, also known as the bodhisattva Avalokitesvara, is venerated as the goddess of mercy and compassion. One of the most popular subjects in Chinese art.

Legend relates that she was a daughter of a sovereign of the Zhou Dynasty and refused her father’s command for her to marry, preferring to enter a convent. She was thus put to death and was thought to have gone straight to hell, whereupon her arrival the flames turned to flowers and she was sent back to life to the island of Potala on a lotus leaf.

This figure represents one of the popular versions of the goddess, standing at ease and holding a basket containing a fish. This type of figure represents the story of the Dragon King, who took the form of a carp and was caught by a fisherman and displayed for sale at the market. A servant was sent to buy the fish and release it. The symbolism of such figures, with Guanyin in the role of the servant carrying the rescued fish, was most likely lost through time.