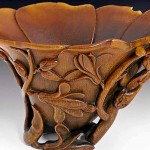 On the bitterly cold evening of June 18, Sotheby’s held a general auction of fine Asian, Australian and European design at its Anzac House headquarters in Collins Street, Melbourne. This was a new sale model for Sotheby’s: a tight catalogue of 229 lots including Chinese ceramics, designer furniture, European glass and silver, Australian and European paintings and works on paper.

Sotheby’s chairman Geoffrey Smith said he was especially pleased by the results of Chinese ceramics, with some reminders of the halcyon days of five years ago. The best seller was lot 17, a pair of dragon and phoenix bowls from the Kangxi period, reputedly acquired in Australia in the 1940s or ’50s.

The auction was well attended by Asian clients. Some of these, Smith suspects, may have been bidding on behalf of buyers in China or Hong Kong. 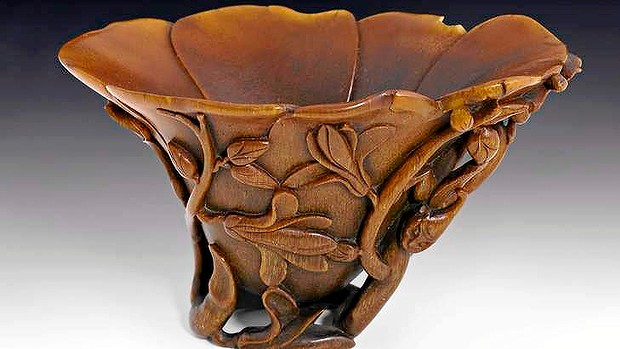 The seller, who wants to remain anonymous, does the rounds of the local op shops and when he saw this on the shelf he thought, well, that looks a bit special.

He was very pleased. They don’t look immediately attractive to the untrained eye.

After doing some research he sent photos to Sotheby’s consultant Ann Roberts, a specialist in Asian Art, who confirmed that it was indeed rare and valuable.

The winning bid, more than double the higher estimate, came as no surprise to her. Similar objects have sold for close to $90,000 in Australia, and as much as $200,000 overseas.

Ms Roberts phoned the vendor to tell him the results.

“He was very pleased,” she says. Finding one in an op shop is not to be expected, although she says she wasn’t surprised that they had given it such a token value. “They don’t look immediately attractive to the untrained eye,” she says.

Sotheby’s won’t identify the buyer of the rhino horn cup.

These are especially prized by Asian collectors although objects made from materials such as ivory and rhinoceros horn, even ones that are more than 300 years old, are subject to a CITES licensing restrictions before they can be sent overseas.

This story, impressive as it is, pales into insignificance when compared with the Chinese ‘Ding’ bowl which sold for $US2.225 million at a Sotheby’s New York auction in March. The sellers had picked it for less than $US3 at a neighbourhood tag sale in 2007. They were unaware of its potential value.