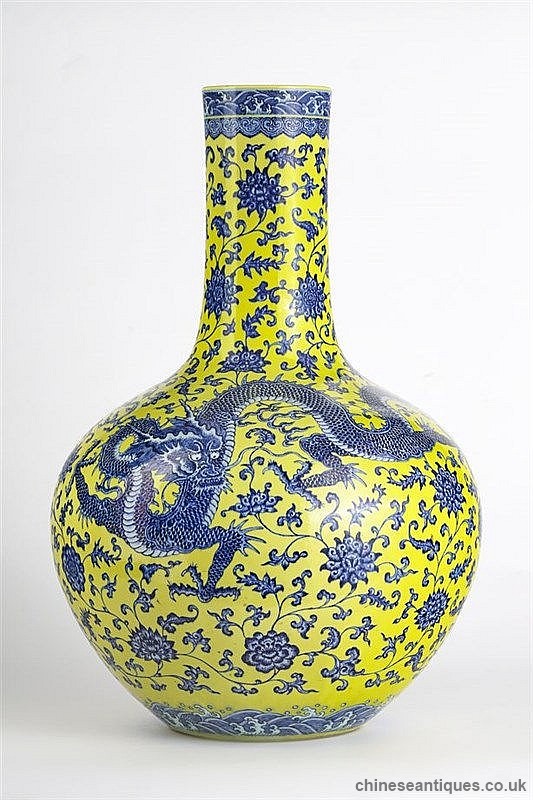 Apparently it was a Chinese amateur what ever that means that bought the vase. The auctioneer at the Geneve-Encheres auction house said the age of the vase was difficult to evaluate accurately and that they tended to be conservative in their estimates.

According to the catalogue, the vase, which is 60cm tall and depicts three blue dragons on a yellow background, is from the 20th century but it bears an unverified mark from the 18th century Qianlong era. 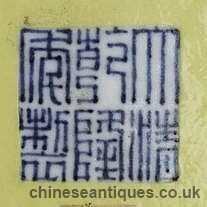 If the above is to be believed then why the hell did the lot description describe the piece as important. Remember always check the auction description as ALL AUCTION HOUSES describe lots especially Chinese works of art in such a way that there is no possible legal recourse.