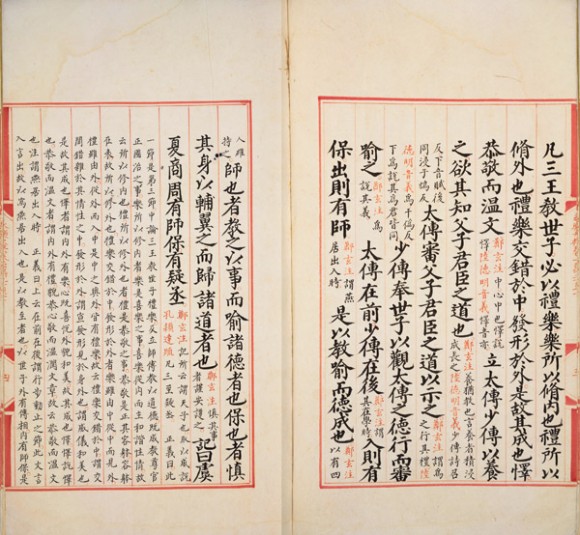 The Huntington Library has digitized the recently uncovered volume of Yongle Encyclopedia and is making it available online. [Provided to China Daily]

The manuscript of a unique volume of the Yongle Encyclopedia (Yongle Dadian), a 16th century Chinese encyclopedia, was uncovered by a Chinese archivist at the Huntington Library in southern California.

Dating from around 1562, the Yongle Encyclopedia was the Yongle Emperor’s attempt to preserve the knowledge of ancient and imperial China. It was the world’s largest known general encyclopedia at its time, only being surpassed by Wikipedia six centuries later.

What has scholars most excited is that the content of the volume has never been seen before. “A Chinese historical treasure at the library is a real surprise. The display of the encyclopedia will showcase a Chinese national treasure to US researchers and visitors,” said Yang Liwei, the Chinese archivist who uncovered the encyclopedia in the library’s collection.

“That’s the excitement of working at the Huntington library,” said Alan Jutzi, the library’s Avery Chief Curator of Rare Books.

In fact, the original encyclopedia was lost during the fall of the Ming dynasty in 1644. The entire manuscript was transcribed by hand by 109 scribes from 1562 to 1567 during the reign of the Jiajing Emperor, to ensure that, if the original was lost, there would still be another.

As for the handwritten duplicate, experts estimate that only about 400 volumes remain around the world. The volume found in the Huntington library is the only one in the western US.

The library has digitized the volume and will make it available online, said Yang.

“According to donor records, this volume of the Yongle Encyclopedia was taken out of China after the Boxer Rebellion (1898-1900) by Joseph Whiting, a Presbyterian missionary based in Beijing. The book was presumably kept in the Whiting family,” Yang told China Daily.

In 1968, Mabel Whiting, daughter of Joseph Whiting, donated the book to the Huntington Library.

Because the library did not have staff members who could read Chinese in 1968, it was left on the rare bookshelf and the significance of the work went unrecognized, said Yang.

However, the book was uncovered in July 2014. When Yang first saw the book, the thing that struck him the most was that the pages were handwritten.

The discovery experience of this encyclopedia has been exciting and intellectually fulfilling, said Yang. “With each step I took, it became clearer to me that this was a volume of the encyclopedia created during the Jiajing era,” he said.

The Yongle Emperor of the Ming dynasty first commissioned the historic compilation in 1403. His directive was broad and unprecedented: to identify ancient and significant Chinese writings in a wide range of fields including astronomy, geography, medicine, religion, technology and art.

The Huntington Library is a collections-based educational and research institution established by Henry E. Huntington and located in San Marino, California.