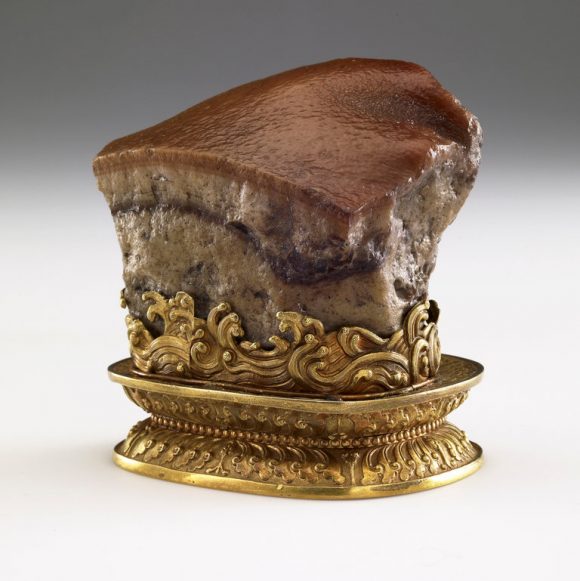 Long before Instagram feeds and MasterChef cook-offs highlighted a near-universal obsession with the visual appearance of food, a craftsman in 19th-century China meticulously carved and dyed a chunk of jasper, a jade-like stone, to look like a piece of braised pork belly. The National Palace Museum in Taipei has long showcased this uncanny sculpture, known as “the meat-shaped stone,” as one of its most prized holdings, very rarely loaning it out. But now the glistening dish is leaving Taipei to make its North American debut in a city that celebrates Chinese cuisine: San Francisco.

The sculpture will be part of a sweeping exhibition, “Emperors’ Treasures: Chinese Art From the National Palace Museum, Taipei,” at the Asian Art Museum of San Francisco from June 17 through Sept. 18. “It’s just so realistic, it looks like a real, mouthwatering piece of pork,” said Jay Xu, the director of the museum, pointing to the way the sculpture captures the dish’s unlikely combination of skin, fat and lean meat in each bite. “You can’t help but fall in love with it.”