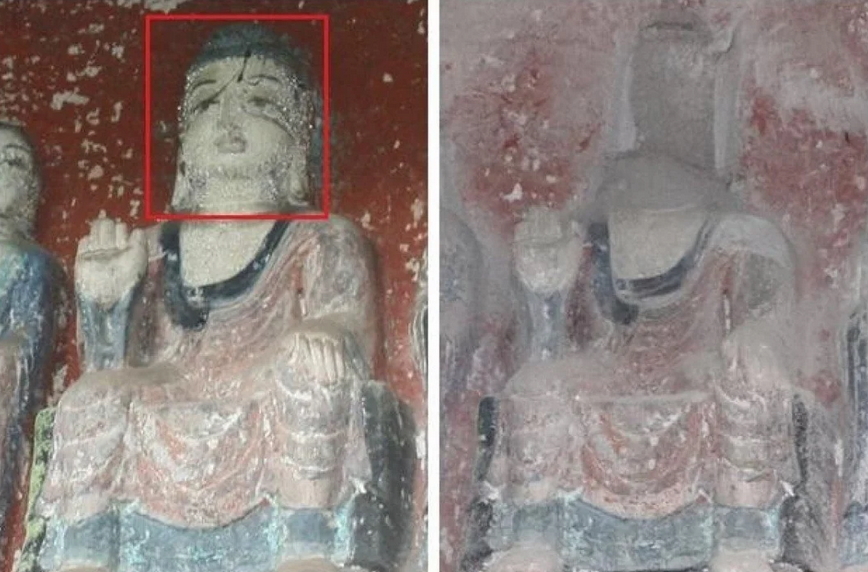 Around two dozen ancient Buddhas have been torn from a mountain side in Sichuan province. The ancient statues were carved into the side of a cliff on Fozi Mountain. So far, 13 officials have been pulled in for questioning following the thefts.

The Tang dynasty statues are among a large collection of more than 220 figures carved into the surface of a 30-metre tall cliff on Fozi Mountain.

Officials from the local cultural relics department discovered the thefts while on a routine patrol in January and alerted the police. 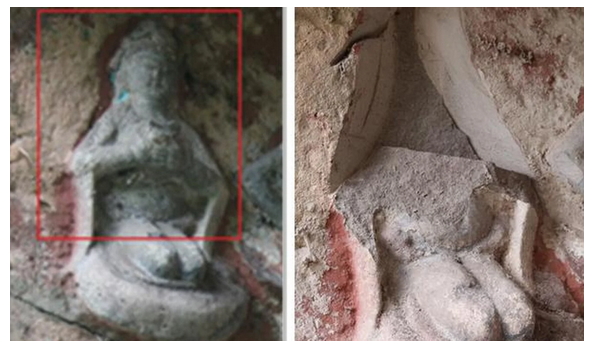 The area is quite remote, so there is no CCTV.

Eight officials have since received “disciplinary punishment”, while another five are still under police investigation.

An official report said 11 Buddha heads and 12 full-figure statues are missing. Most of the statues were approximately 15 cm tall and 8 cm wide. 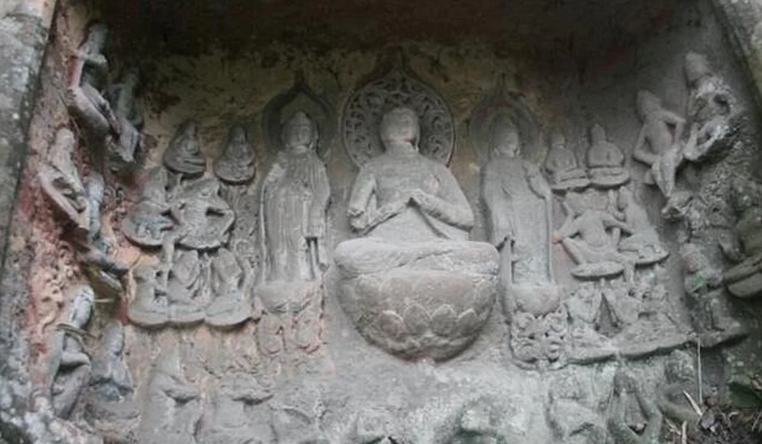 Local residents say, “There are many Buddha statues on Fozi Mountain. We are not sure how many there are.”.

Police have since arrested a gang of know criminals for questioning, who stole Buddha heads four years ago in an unrelated case.

The gang sold the Buddha heads for 10,000 yuan to an antique’s businessman in Chengdu, who later sold them to a man in Fujian for 120,000 yuan.