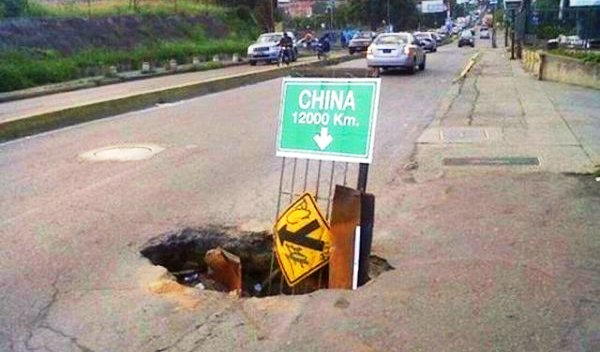 Around 100 people have been secretly digging up ancient treasures over the last month at a construction site in China. A large amount of porcelain produced in the Song (960–1279) and Yuan (1271–1368) dynasties was recently discovered at a construction site in Hangzhou, the capital of Zhejiang Province, in Eastern China. It has been reported that at least ten intact pieces of porcelain have been found and stolen.

Each night after 10 p.m. people start gathering at the construction site in the south of Hangzhou, according to the Qianjiang Evening News. Wearing headlights, carrying hoes, with sacks slung over their shoulders, they scale the fence to dig the porcelain and tiles from the Longquan kiln.

“There would be a lot of people here every night, and they dug for a long time, even overnight,” said Ms. Chiang, a Hangzhou City resident. It is said that some have dug up valuable items.

Another report said that on Nov. 27, at around 11 p.m., at least 30 people were digging with a hoe at the site, and many of them found something. At around 12:30 a.m., the number of people jumped to 80 or 90. The site was glittering with headlights. By 1 a.m., the number of treasure hunters was nearly 100, and there were porcelain or tile pieces in almost everyone’s sack.

Yang, a self-employed archaeological digger, said that he has been digging at this site for more than one and a half months. He has witnessed more than ten treasures being unearthed, including a Yueyao celadon bowl, a Longquan bowl, and a kiln fired Guanyin figure.

To put the possible value of these items in perspective, a Song Dynasty Yueyao celadon flower edged bowl sold at Christie’s auction house in New York in Sept. 2013 for well over its estimate of $6,000 to $8,000 for $37,500.

Celadon was a glazing process that reached jade-like perfection during the Song Dynasty. Longquan, an area in Zhejiang Province was famous for its quality ceramics. Antique Chinese ceramics are a highly sought commodity at international auctions.

It is reported that the nearly a hundred diggers, from Jiangxi, Anhui, and Henan provinces are all professional at digging up porcelain artifacts. They work in groups of three to five and they use professional tools. Then they divide up the money by selling whatever they dig up. It’s really lucky if they find a porcelain that is preserved well.

Yang dug up a broken bowl with a leaf pattern on the rim and he was immediately surrounded by people wanting to buy it. The bidding started at 1,500 yuan (approximately $246). The artifact eventually sold at 12,000 yuan (approximately $1,970). When walking out of the digging site, both the digger and the buyer attracted the envious looks of diggers still working hard to find something.

It has become well known that porcelains from the Tang, Song, Yuan, Ming, and Qing dynasties have been unearthed at multiple construction sites in Hangzhou, and many professional diggers have come digging illegally. According to lawyers, people digging up porcelain in this way could potentially face criminal charges.