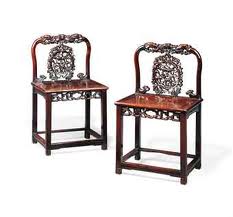 Antique oriental furniture is being bought back by the Chinese elite. Being the second largest economy in the world, Mainland China now has over 1m millionaires. Formerly the antique furniture market was the domain of European and US collectors, this is starting to change with a dramatic demand from China. The newly rich are buying back antique dining chairs, chests, and tables of their Imperial Ancestors. This is likely to increase demand and pricing for such items in the near future.

International demand for quality Chinese antiques has always been high, especially in the last decade. Chinese furniture collections have been sold for as much as 13 million USD at Bonham’s in San Francisco, where there has been a large Chinese community since the 1850s. However, it is becoming more difficult for antique dealers to source good stock for resale, since the Chinese markets now have more say due to increased local demand in the mainland.

All is not lost though, as antique chests can still be found at an affordable price, as long as they are not late Ming or early Qing pieces, or those made from rare, expensive hardwoods such as huanghuali, zitan and jichimu.