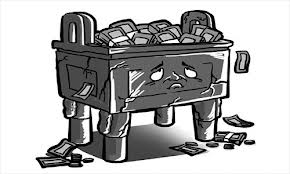 Among Chinese antique lovers, there’s a popular saying: We collect gold in troubled times, and antiques during prosperous times. But today, an antique collection is not just about cultural appreciation, but also economic gains. I think one needs to meet two requirements to start his or her collection: a passion for antiques and being able to afford them.

I have been collecting ancient books for almost 20 years. When I have just started my collection, other antique lovers sniffed at my interest in books. They believed only paintings and porcelain could be called “antiques.” But I didn’t have that much money to collect so-called “antiques” at that time.

I know little about science, but I have read history and literary works since I was young. This made me crazy about ancient books. For me, the essence of collection is not making money, but the process of learning. The value of an antique is not the price it can be auctioned for, but how people can appreciate its artistic and historical value.

There are historical roots here. When the new China was established, the value of antiques plummeted. During the Cultural Revolution (1966-76), their value was even negative, as it could endanger the owner. Many antiques were smashed at that time. So in the 1980s, when the value of antiques began to be rediscovered, it was like striking gold.

I admit that collecting ancient books has brought me economic benefits. A Qing Dynasty (1644-1911) book I once bought for a few hundred yuan is worth tens of thousands of yuan nowadays.

Similarly, my friends who did the same thing as I either run their own antique book store or have become agents of auction companies by making full use of their past collecting experience.

However, antiquaries haven’t enjoyed a good reputation in recent years. There have been constant scandals.

Early this year, Wu Shu, a well-known cultural expert, said that 95 percent of antique lovers have bought 95 percent of fake goods, pointing to antiquaries’ chasing profit blindly and some dark dealings within the field.

Last month, the hottest topic among my fellows was the antique appraisal show on Beijing TV. On the show, a panel of professionals examines the objects brought by their owners. If deemed “fake,” the host smashes those “antiques.” However, the media exposed a few days ago that some of those so-called fakes were genuine.

It’s hard to say who will win in a battle of money. One thing is certain: There’s not enough regulation in the antique trade. That’s why antique lovers and even expert appraisers behave rashly.

What’s worse, real antique lovers’ interest in collection has been spoiled by an increasing number of fake goods and there’s been a loss of confidence.

I hope we can get proper regulation, and that antique lovers can be more reasonable. All they need to do is find something they like, and that lies within their price range, as I once did with books.

The author is an amateur antique collector based in Beijing. opinion@globaltimes.com.cn