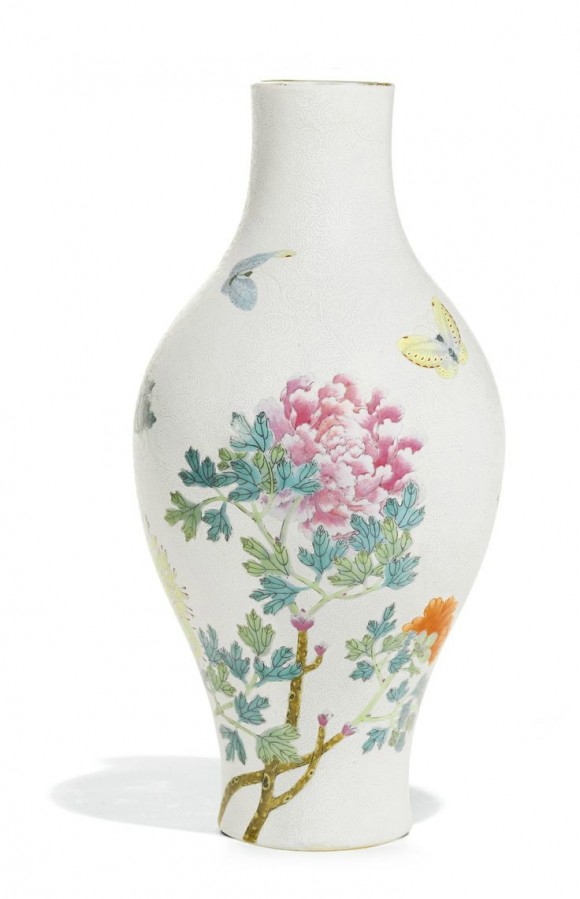 Family who used Chinese vase for a bedside lamp find out it is worth 100 times more than they paid for it.

A family who used a Chinese vase as a bedside lamp base have discovered it is a rare treasure worth up to £300,000.

The vase, painted with peony and chrysanthemum branches, is from the 18th century Qianlong period.

The owners bought it in the 1970s for a modest sum and were unaware that its price had shot up in value over the decades.

When they took it to Sotheby’s for valuation, they were astonished to learn it was worth 100 times more than they paid for it.

They were astonished to discover its true worth when they took it to Sotheby’s for valuation.

“The vase was part of an English family’s collection for some 40 years where, for the bulk of that time, it was used as a bedside lamp,” said Stephen Loakes, Sotheby’s Chinese Ceramics and Works of Art Specialist.

“Though fully conscious of its beauty – the family were careful to preserve the piece in pristine condition – the family were not at all aware of its market value. When they bought the work in London many years ago, the market for famille-rose pieces like this was more limited.

“Now, with the rapid expansion of the Chinese market, the value of the piece is approximately 100 times the original purchase price.”

A FINE FAMILLE-ROSE SGRAFFIATO-GROUND ‘CHRYSANTHEMUM AND PEONY’ VASE QIANLONG SEAL MARK AND PERIOD elegantly potted, the slender tapering body gently rising to a straight neck, the exterior brightly painted in various tones of pink, iron-red, green, lime-green, lemon-yellow, blue, brown and white, depicting two butterflies in flight amongst leafy branches bearing large blooms of peony, chrysanthemum and pink, all reserved on an opaque white ground finely incised with feathery scrollwork, the rim and foot gilt, covered to the interior and base with a turquoise glaze, the base inscribed with a six-character seal mark in underglaze-blue within a square cartouche reserved in white