Top-selling lot was anhua ‘phoenix’ incised pear-shaped vase which sold at £50,000 against a £1,ooo estimate…

Bonhams Description, An anhua ‘phoenix’ incised pear-shaped vase 18th/19th century. With slender, flaring neck, incised to the body with two phoenixes in flight amongst cloud scrolls, above a band of lappets to the foot, covered in a pale creamy blue glaze.
30.5cm (12in) high.

Obviously 2 buyers were convinced this was not an 18th/19th century vase as described but maybe an early Ming dynasty very rare Tianbai-glazed anhua decorated yuhuchunping vase, which is the case would be worth £1,000,000 plus. 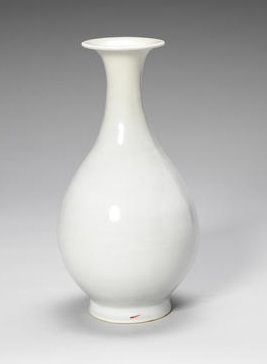 Are the 3 pieces shown below all 18th century?

All described as 19th or 20th century!

Potted as a foreigner holding a spray of lingzhi atop a caparisoned elephant, embellished with lapis, coral, glass and hardstone beads, the clay incised to naturalistically render the folds of skin.
15.3cm (6in) wide (2). 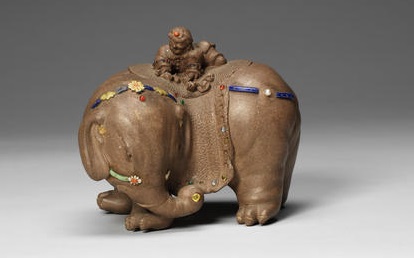 Both vases with gilt-decorated applied designs to each face, including peach branches, pine trees, narcissus, tree peony and prunus, the necks similarly embellished but additionally with finger citron and pomegranate, the covers with flowerbud finials and a radiating lappet leaf collar.
Each: 45cm (17 3/4in) high (4). 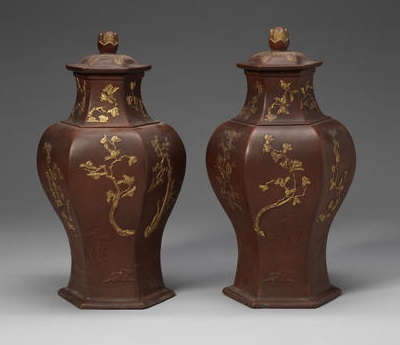 A large Yixing type archaistic form vase simulating bronze, the baluster form body decorated in relief with bands of archaistic dragons on key fret grounds, the neck flanked by two humanoid and curvilinear handles, the shoulder with a band of ruyi heads. 48cm (18.7/8in) high. 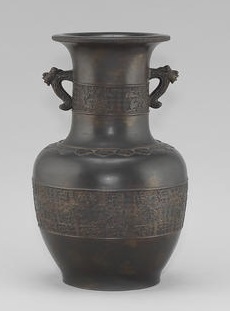