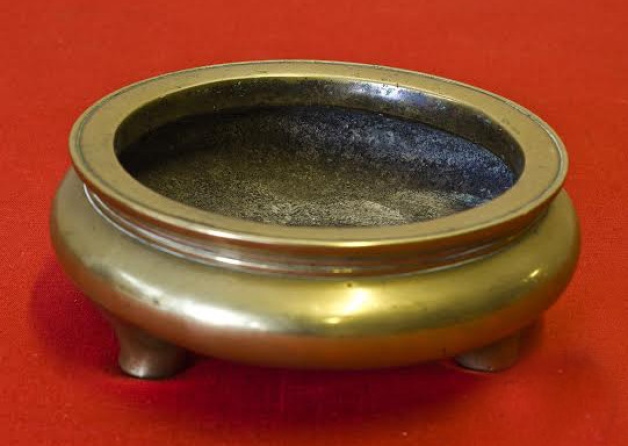 THE discovery of an old bronze censer in a Hawick garage led to a worldwide bidding frenzy that saw the censer sell for £16,000.

The global interest began after the death of a local man, which led to the proprietor of Border Auctions proprietor stumbling upon a Chinese bronze censer.

Maurice Manning told the Hawick News: “We were doing a clearance of an address in Hawick and amongst things in the garage stored away in a box, we found two of these bronze censers together. I recognised what they were straight away, but I didn’t know that one of them was from an early period.”

As a worldwide auctioneer, Mr Manning placed the Chinese artefact on his worldwide live site – and said the reaction was unbelievable. “We’re used to having a few bids but this time there was three people bidding live, three on the telephone and four commission bids in the book, which is unheard of”, he revealed.

“I just sat and watched the price go up and up, it really took us by surprise. We didn’t expect it to go as high. But I was thrilled, and absolutely gobsmacked.”

The successful bidder ended up being a Chinese man living in the USA. And after sitting in a Hawick garage for the past 20 years, the antique has now been sent to its new owner. Mr Manning, who earned 20 per cent commission, added: “The family would like to remain anonymous, but but they are pleased.”