The history of Chinese cloisonne and the production of it’s ‘free standing’ objects is a surprising one. The art of cloisonne was commonly used during medieval times in most of Europe, England, the Middle-East, and the near East, on small accessories and jewelry. In fact this era coincided with the use of stained glass windows in Christian churches, and the understanding of how glass could be transformed, colored and shaped for many uses.

For cloisonne, glass flux was fired in metal cloisons, meant to reproduce the jewelled effect of precious stones in their primitive straight settings. Many cloisonne body ornaments have been found in tombs dating B.C. Today, international museums are displaying examples of Byzantine, Celtic, Persian, Egyptian, Slav, Greek, Islamic and Russian cloisonne pieces, from the B.C. and A.D. periods.

By the early 15th century, with the strong trade going to the Far East from the Near-East along the silk-route from Europe, Persia and India, cloisonne objects and other artistic crafts found their way to China and Japan. Cloisonne was adopted and became a refined and appreciated decorative medium, by the MING Dynasty emperors (1368-1644), and continued to be promoted and selectively produced from then on.

White porcelain was of special significance for the court during the Yongle reign (1403-24). The sophistication of the production of white-glazed porcelain during the Yongle period of the Ming dynasty may be attributed to the Emperor’s personal fondness for white vessels.

The production of white-glazed porcelain during the Yongle period achieved technical virtuosity, distinguished by the very fine white body clay and luminous white glaze, which earned the name tianbai or ‘sweet white’ glaze. Tests, conducted on excavated pieces of Tianbai wares from the Site of the Ming Imperial Factory at Jingdezhen, discovered that the pure white porcelain resulted from the combination of a kaolin-rich paste with very low iron and titanium content and a glaze containing mainly glaze stone and no glaze ash. 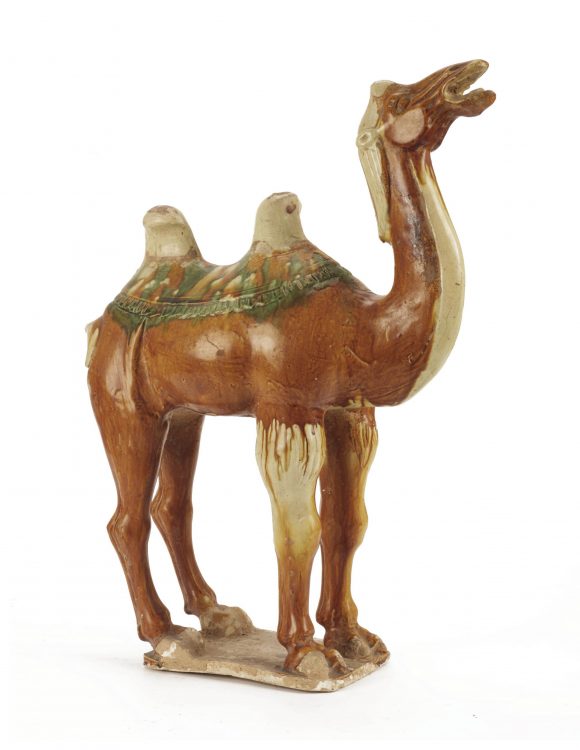 The first eggshell porcelains date back to prehistoric times, some 2000 years BC and were made by ring modelling, around about this time the potters wheel was invented.

The Chinese sat on the floor, early on in their culture, but with time, low couches and chairs were introduced, most probably through the spread of Buddhism and the figures of Buddha on raised platforms. The idea of being elevated and of being above others was brought into being and saw couches and chairs getting raised higher and higher from the floor. Where special guests, dignitaries, and noblemen were “above” the commoner who remained on the floor.

The colour blue gained recognition during the Tang dynasty (618 – 907). The colour comes from cobalt ores. During the Yuan (1279 – 1368) Ming (1368 – 1644) and Qing (1644 – 1911) dynasties, different types of cobalt ore and methods of use determined the shades of blue that appears on blue-and-white porcelain ware. The cobalt pigment is one of the few that can stand the highest firing temperatures that are needed for porcelain.

What is mother of pearl (nacre) ? It is a smooth shining iridescent substance formed on the inner layer of some molluscs, like the oyster and abalone.

Mother of pearl has been used for centuries as a decorative inlay on lacquer ware. It was first thought that mother of pearl oyster beds existed in three regions, the Persian gulf, the red sea and the Sri Lanka coast, but explorers soon found pearl oysters throughout tropical waters. The shells were harvested and exported around the world as people became enamored by this lustrous marvel from the sea. 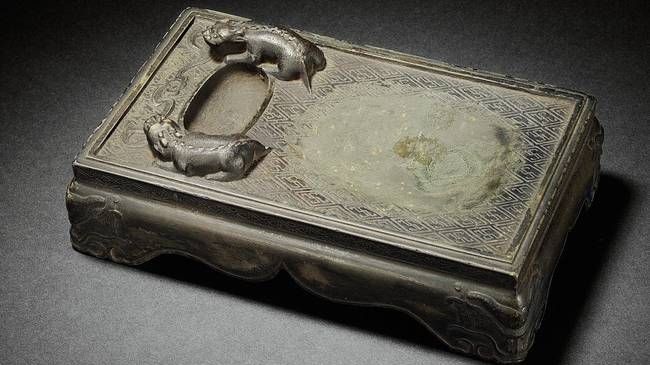