The sell through rate was around 57%, with 16 of the 28 lots finding a buyer. The owner of Wang Xing Lou is a collector and art dealer in Hong Kong who began to put his collection together in the early 1990s. 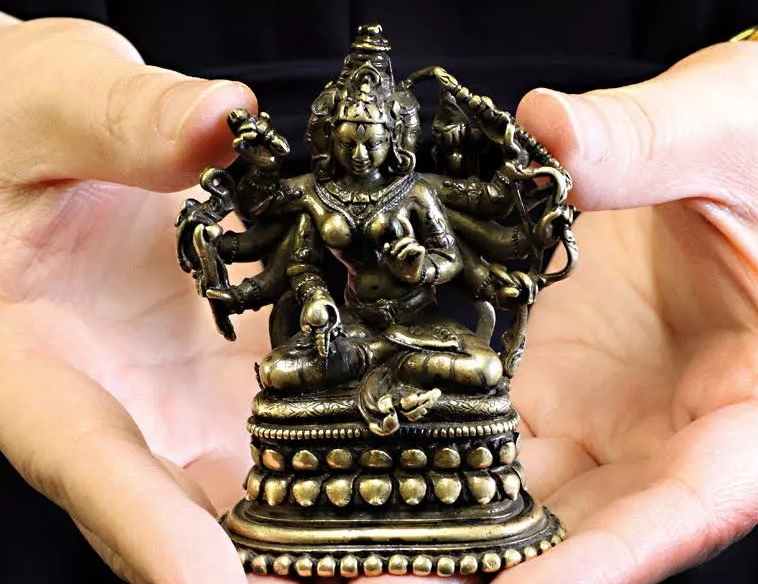 The figure measured just 3 inches tall, the diminutive figure of the four-faced, eight-armed goddess Amoghapasa (the wisdom giver), had come for sale with modest hopes of £400-600. 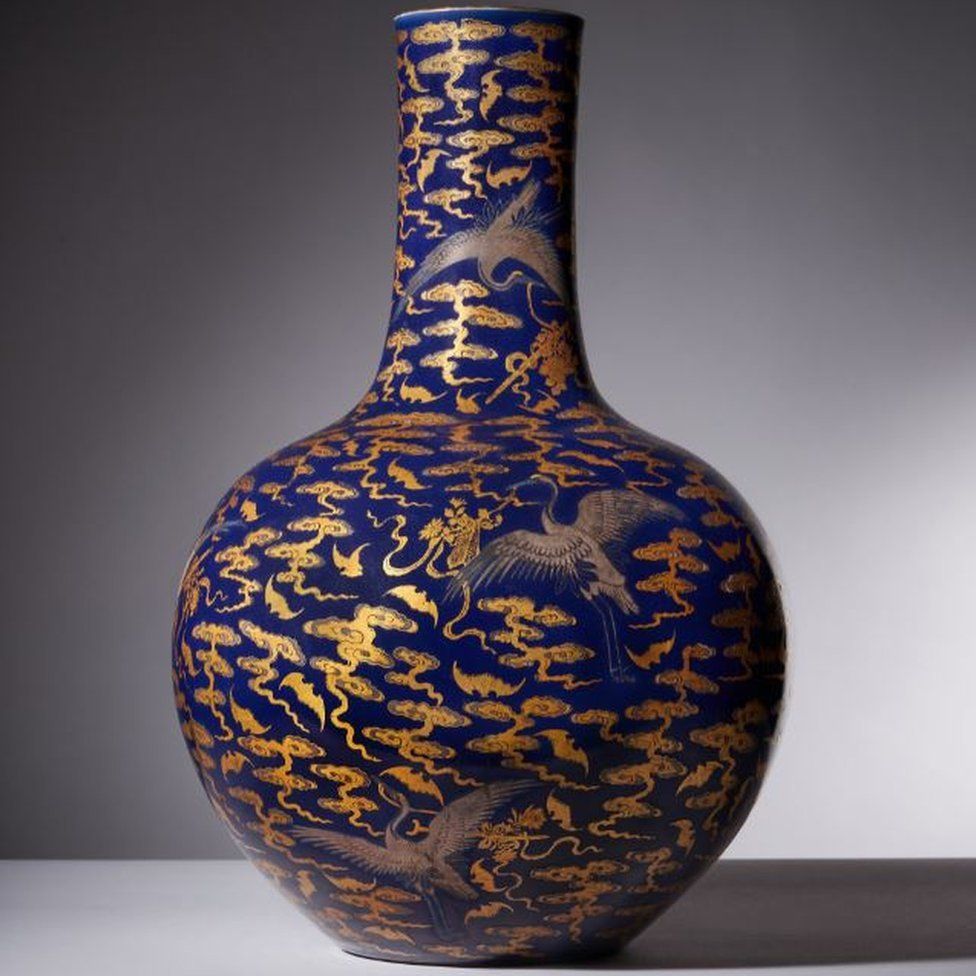 A large Qianlong vase bought in the 19800s for a few hundred pounds has just sold at auction for £1.5 million. The 60 cm tall vase decorated with silver and gilt against a blue background depicts cranes and bats was owned by a doctor who passed it on to his son without realizing the value. 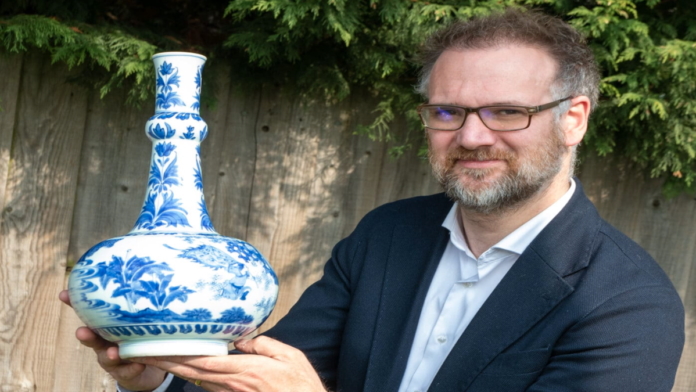 A Chinese vase found in Nottinghamshire house sells for £15,000. The vase was expected to fetch £50 as it was thought the vase was a reproduction. The blue and white vase was 38 cm and was thought to date to circa 1640.

Auctioneer Charles Hanson of Hansons Auctioneers commented: “I spotted the vase in an ordinary two-up, two-down. It was filled with a few dried flowers in a bedroom. I picked it up and asked the seller if he knew anything about it. He mentioned that it had been given to his father when he was working as a chauffeur in the 1950s.”

Mr Hanson also said: “Why would a valuable piece of Chinese ceramics be tucked away in a modest house in Nottinghamshire? I arranged for the vase to be auctioned. However, despite my gut instinct, I made a mistake. After examination, I decided it was repro and consigned the vase into Hansons’ March Antiques and Collectables sale with a guide price of around £50”

“But when the auction catalogue went live online extraordinary bids started to come in for the humble vase. I withdrew it from sale to give myself time to consult Chinese ceramics experts and, importantly, ensure we achieved the best price possible for our client.”

See Here – I Wish I Could Buy Shares In Hanson’s Auctioneers! 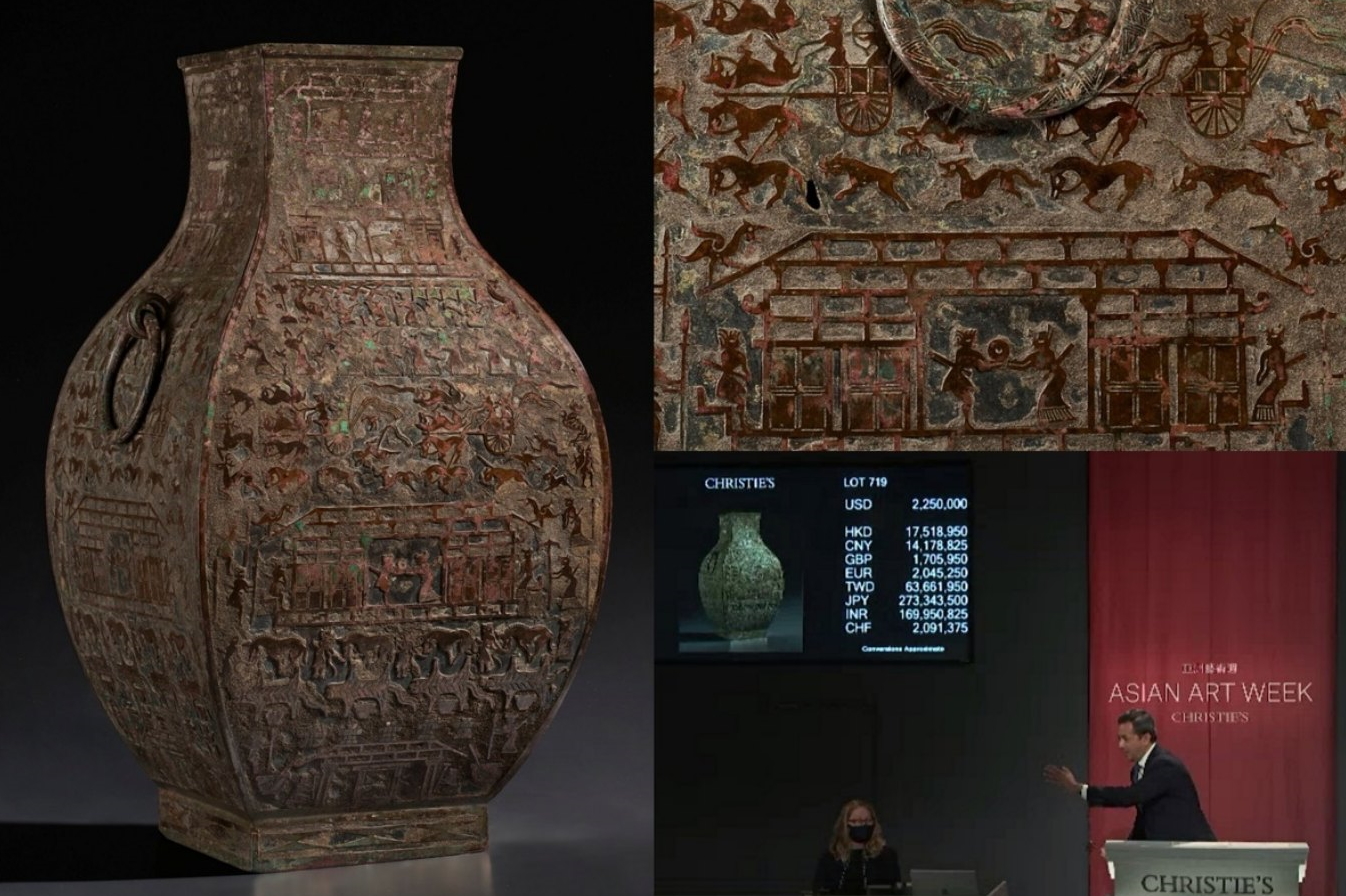 An inlaid faceted Fanghu Created during Warring States period (4th-3rd century BCE) was the highest selling lot during the 2022 spring Asia Week. The fanghu measured 43cm high and was estimated at US $400,000 – 600,000.

McTear’s auction room in Glasgow sold this pair of blue sgraffito ground famille rose bowls on December 17, the bowls had a Daoguang seal mark to the base.

Measuring under 6 inches across and the interiors decorated in underglaze blue while the exteriors were painted in famille rose colours with roundels filled with flowers all against a blue sgraffito ground.

McTear’s thought they were later copies and estimated them as such at just £100 to £200, obviously bidders thought different and took the bowls to £52,000 despite damage to both bowls.

Spookily, another pair of bowls, but this time on a yellow ground, sold at Rosebery’s auction in London on November the 9th.

They measured 4½in (11 cm) across. Rather than a typical Daoguang seal mark in underglaze blue, these had a four-character iron-red Shendetang Zhi marks to the bases.

It was said these bowls came by descent from the collection of Robert C Bruce (1898-1953) and were acquired by his great uncle Sir Frederick Bruce, ambassador to Peking from 1860-64.

As I mentioned earlier prices seems very strong across the board for both high end and low end items. Sworders always manage to come up with good items. Surprise of the sale for many was the bronze censer shown below which sold for £50,000. 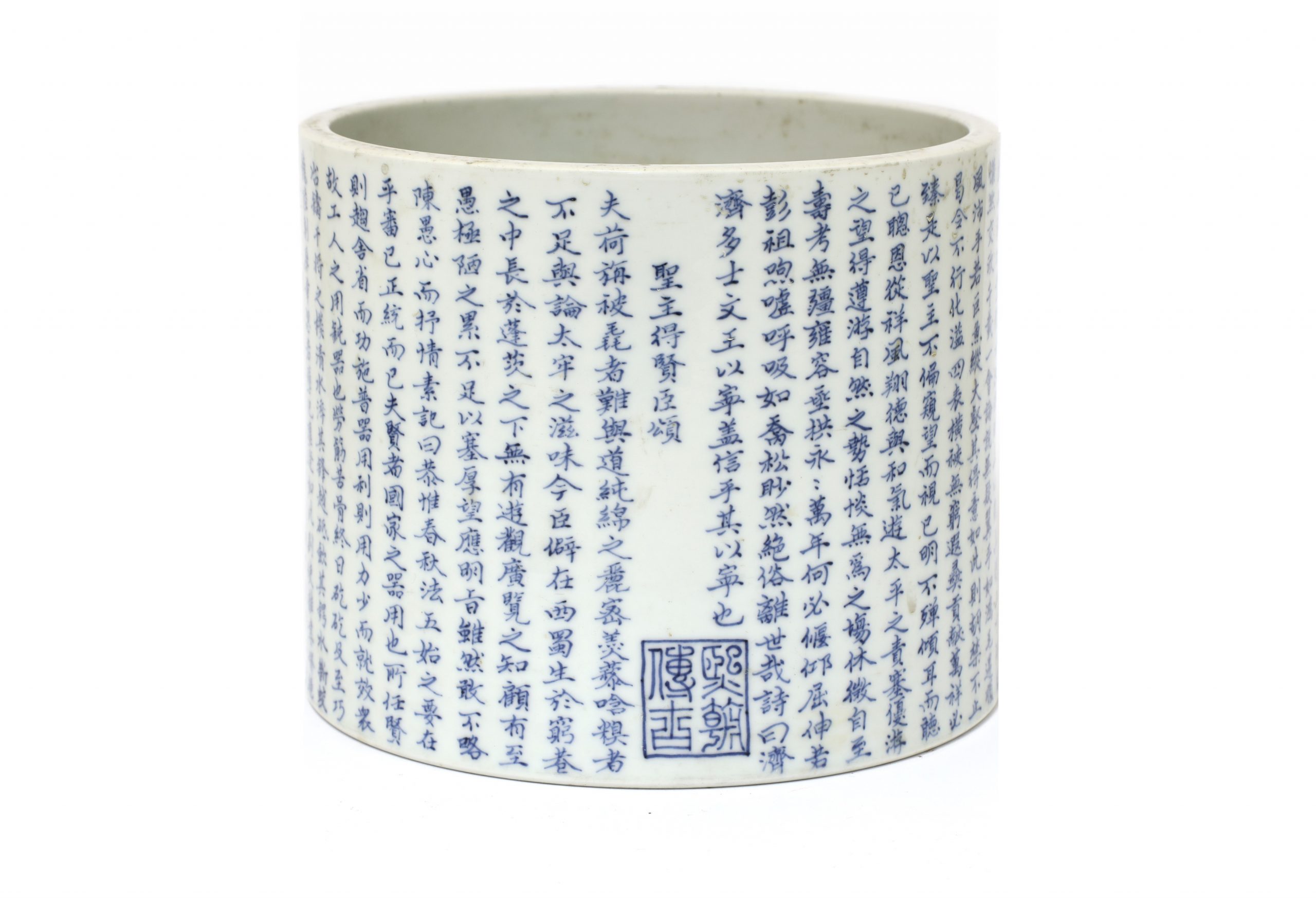 Kangxi (1662-1722), of cylindrical form, the exterior finely inscribed with the text of the Shengzhu de Xianchen Song (Ode to the Finding of Virtuous Officials by the Divine Ruler) in kaishu script, finished with a seal mark reading Xi Chao Chuan Gu (Transmitting Antiquity from the Court of Kangxi), the base centred with a recessed circle enclosing a six-character Kangxi mark in underglaze blue,

Prices seem strong right across the board for high and low end items in and around all the current Asian art sales. 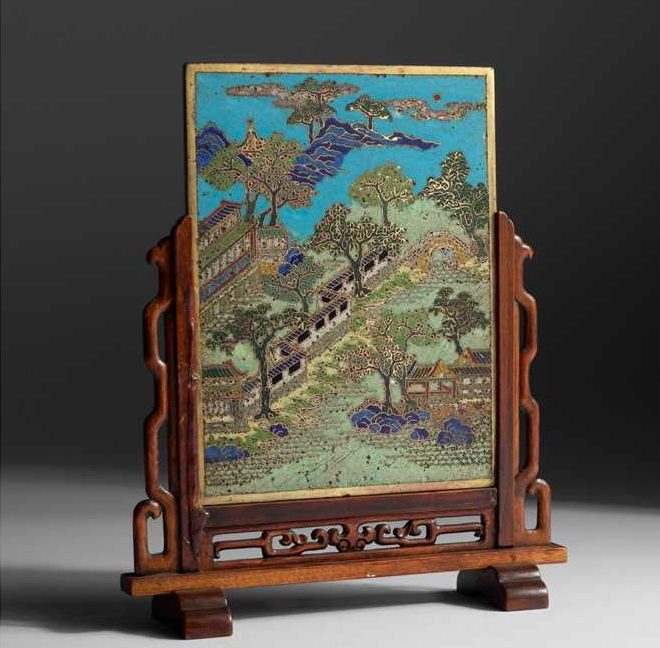 One side enamelled with a pair of birds perching on flowering tree issuing from rockwork amongst other plants, against a navy blue ground, the reverse with a quaint walled garden surrounded by water with hills and a pagoda afar, surrounded by gilded borders, mounted on a fitted wooden stand.