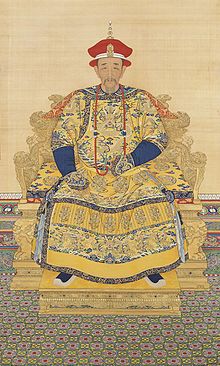 Emperor Kangxi ruled the Qing Dynasty for a period of 60 years. He was the third son of the previous Emperor Shunzhi. When he took over the throne he was still a young boy, so he did not have full control until 1677. He was interested in the arts and sciences and was actually a poet and calligrapher himself. This could be the reason why he ordered the reconstruction of the Jingdezhen kilns in 1682, and also why the Kangxi period became the most successful period in the history of Chinese Art. Many new types of porcelain were developed, including the opaque biscuit, colourful famille verte wares, as well as the stronger, bolder blue and white porcelains.

In the early years of Kangxi reign, many pieces were produced in biscuit: the body was given an initial high firing without the glaze. This biscuit is more opaque than porcelain; it doesn’t reflect light, and is, on occasions rough and porous. Many pieces previously attributed to the Ming period are now dated to the last decades of the 17th century. It is not surprising, since such perfectly crafted pieces could not have been manufactured during the politically unstable Ming period. 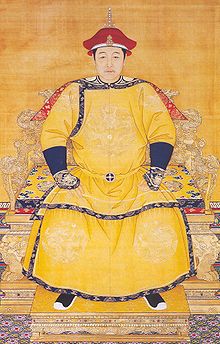 The Shunzhi Emperor ruled China from 1644 to 1661, he was the third emperor of the Manchu Qing Dynasty and the first of the Qing to rule all of China. His birth name was Fulin, but upon his ascension to the throne at the young age of five, it was decided that his period of reign would be known as “Shunzhi”. Due to his young age, the actual power was held by the appointed regents – Princes Dorgon and Jirgalang. During his short reign he brought many changes to the history of China. He tried to fight corruption and reduce the influence of the Manchu nobility in Chinese politics. He was also a scholar and an open minded emperor who dabbled in astronomy and new technologies coming from the West. The Emperor died from smallpox in 1650 at a young age of 22. Shunzhi’s successor was his third son, Xuanye who went on to rule for the 60 year period known as the Kangxi Era.