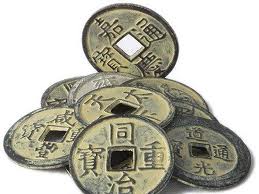 China’s political advisors on Thursday called for enhanced supervision over online antique trading, after millions of cultural relics were sent abroad illegally. Statistics from the State Administration of Cultural Heritage show that over one million antiquities, worth a total of more than 1 billion yuan (152 million U.S. dollars), were sold online last year.

In 2009, another dealer surnamed Ding of Chengdu, the capital of southwest China’s Sichuan Province, was caught selling ancient coins to foreign buyers through his shop on eBay.com, a well-known e-commerce website. Ding sent 66 precious coins abroad by registered mail, including two under State protection.

Chinese law forbids the free trade of relics except through certified stores and auctions. The law also prohibits cultural relics dated before 1911 from leaving the country. There are no specific regulations on internet-based relics trading. The cultural relics department is prepared to examine the operating qualifications and to regulate the transactions of over 200 existing websites involving the dealing of cultural relics and antiques.

Customs authorities in 16 provinces and cities have set up special mechanisms for border exit inspections of cultural relics, while other provinces and regions are still lax in checking outgoing relics, including courier services, which leaves many loopholes for smugglers.