In 2009, Mr Wang stumbled upon a book on a shabby stall selling mostly fake items. The book’s cover was covered in Song Dynasty characters. He desperately wanted to buy the book, but did not wish to show much interest in case the stallholder refused to sell it to him.

Mr Wang picked up other items that were clearly fakes and grouped them together with the book so as not to draw attention to the book, the stallholder gave Mr Wang a price for all the items to which Mr Wang agreed.

Mr Wang studied the book at home for 3 years and convinced himself it was genuine and from the Song Dynasty, he was scared to take the book to an expert in case they said it was a fake.

Eventually, his curiosity got the better of him, and he reluctantly took the book to an expert for their opinion. 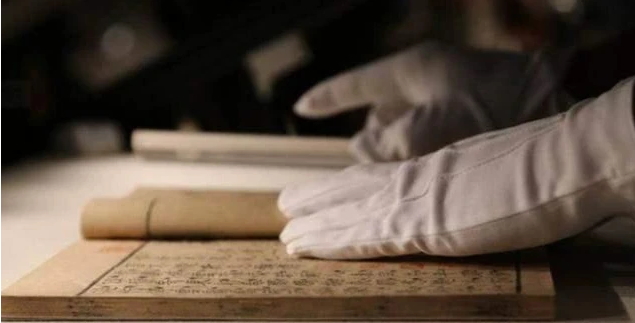 Fortunately, after the expert’s appraisal, he said that this ancient book is one of the most significant discoveries in China’s ancient book circles in 200 years, and it is an important ancient book revised in the Northern Song Dynasty.

News soon spread about the book, and experts from across China came to see and research the book. Experts said the book is genuine and is titled the “Ritual Rhyme” and took four years to create by Jingrenzong Jingyou. Experts say the discovery of the book is as important and equivalent to the “Xinhua Dictionary” of the Song Dynasty.

The Chinese cultural relics department tried to persuade Mr Wang to donate the book to them, so they could display it in a museum for all to see, Mr Wang declined.

Mr Wang told The Chinese cultural relics department it was through his hard work he discovered the book, and he was going to benefit from it, he told the officials they could buy the book for 5 million Yuan, but negotiations broke down so Mr Wang put the book into auction, and it ended up selling for 25 million yuan.

So it turns out Mr Wang’s dream of finding a rare treasure others had missed eventually came true through his sheer persistence of not giving up his search. As a wise scholar named Confucius said many years ago. “It does not matter how slowly you go, as long as you do not stop.”