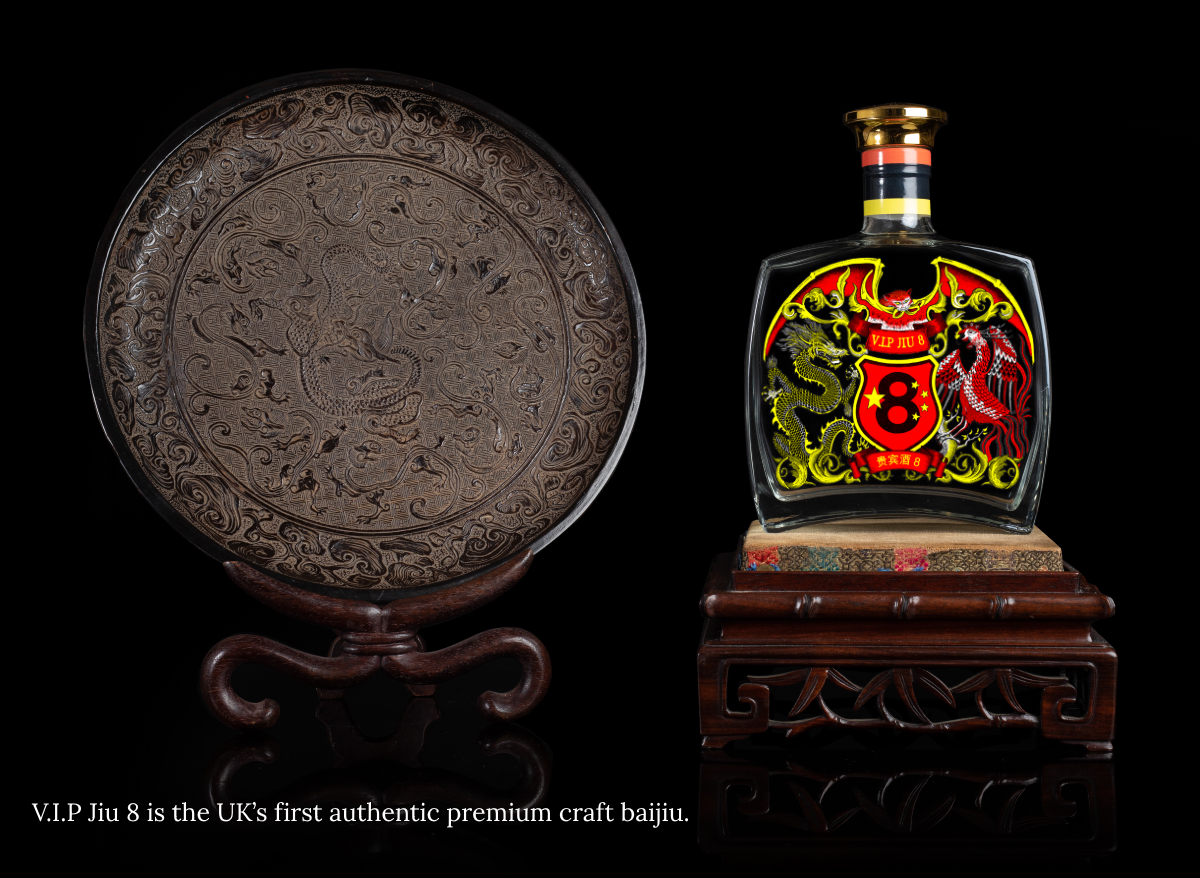 A Rare Black Lacquer Nine Dragon Dish – Crisply carved in shallow relief with a four-clawed dragon ferociously writhing amongst eight smaller dragons, all reserved on a diaper ground, the large central medallion encircled by a wide frieze of lingzhi fungus at the rim.

Note: The dish with its ‘Long Jiu Zi’ (Nine Sons of the Dragon) design bears a strong similarity to a circular ink cake designed by the Ming Dynasty painter Ding Yunpeng (1547-1628), as recorded in the collection of ink designs Fangshi Mopu of 1588. 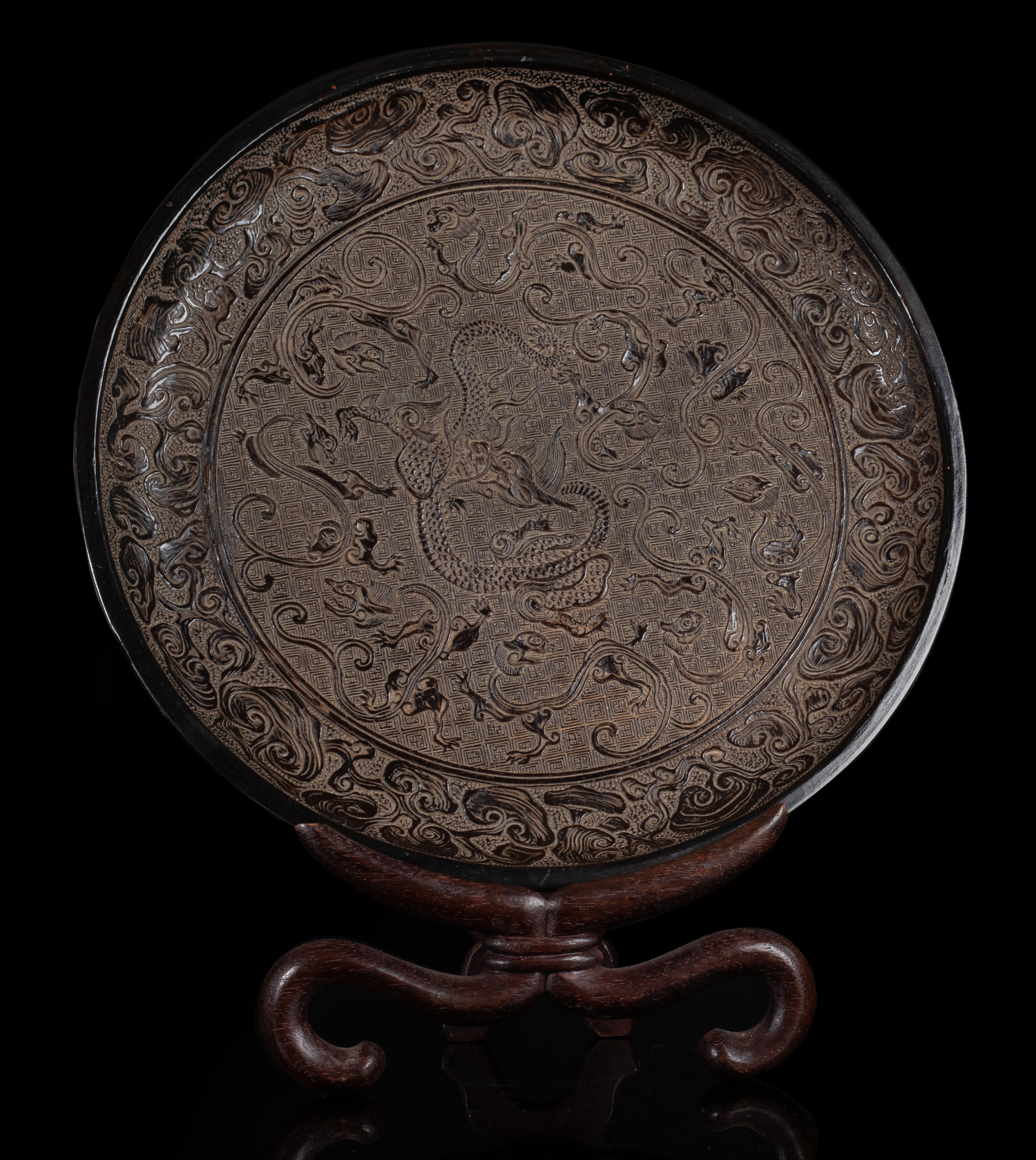 The term “lacquer” stems from the Sanskrit word laksha. Qidiao is a Chinese art form of inlaying with differently coloured lacquer and is very labour intensive. The production process is called Daioqi (carving lacquer). Cinnabar is used to describe the Chinese style of red lacquer, but cinnabar is in fact the name of a mineral, a form of mercury sulfide used to dye the lacquer, other colours can be achieved by adding minerals such as carbon to gain a black colour and orpiment for yellow, Some of the first uses for lacquer were to make clay vessels watertight and as a preserve for wood.

The Qianlong emperor (1735 – 1796) was also fond of lacquer-ware his palace supervised the production of furniture and kitchenware using the resin of the Toxicodendron vernicifluum family of trees, which are found in Southern China. It took many layers of lacquer to be applied to a base until the surface would be thick enough to carved.

It is the lacquer that is carved, not the underlying material, before carving can begin multiple layers of lacquer have to be applied and each one dried before the next one can be added. Sometimes up to two hundred layers have to be layered on to a substructure before the carver begins to create his design. The base of the lacquer-ware are nearly always wood, although it was applied to brass and other metal alloys even porcelain, some artworks were carved out of solid lacquer.

When using multi-coloured lacquers, the carver used a v shaped tool which he kept extremely sharp, The carving has to be executed with amazing precision, there is no room for errors, for each layer has to be accurately reached to attain the desired effect, the final result has been mapped out in the carvers mind long before the first cut is made.

Put everything except the cherries and perry into a cocktail shaker and shake to mix. Strain into a Martini glass and top with perry, garnish with cherries.