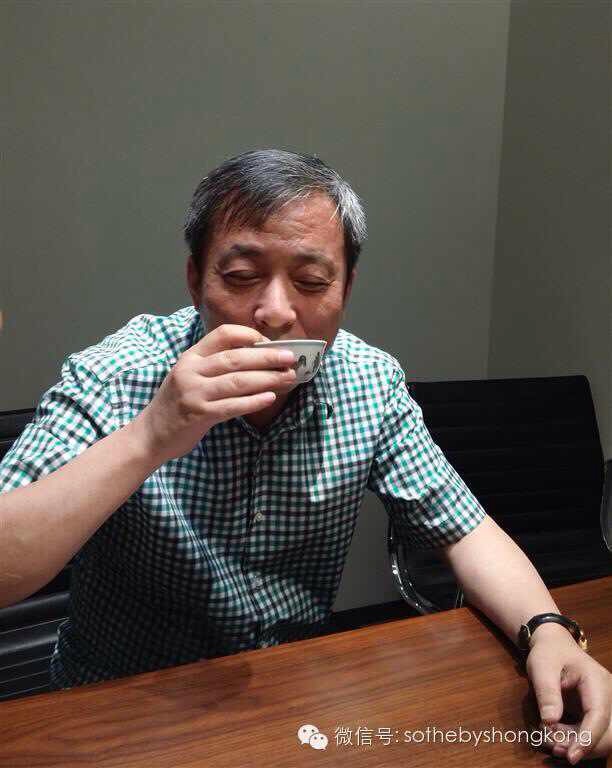 Chinese collector Liu Yiqian, who successfully bid $36 million (HK$281 million) for a rare porcelain “chicken cup” from the Chengua period, this past April in Hong Kong, paid for and picked it up on Friday by using his American Express Centurion Card, racking up nearly 422 million reward points as a result. Then he coolly sipped tea out of the of the pricey little pot.

The stunt, which Liu invited the media to document, was done in part to prove that Chinese collectors make good on the sky-high bids they place at auction, in hopes of quelling some fears about buyer default. Nicolas Chow, Sotheby’s Asia deputy chairman, said: “There have been lots of transactions in China for large amounts that never come into fruition. With that knowledge he wanted to show it’s a real transaction and he’s paying.”

According to a Bloomberg report, Liu hadn’t even thought about the credit card reward points until one of their reporters contacted him. “He didn’t even know,” his daughter Betty said (Liu doesn’t speak English). “He is checking now to find out about how many points he can get.” Liu picked up the cup in Hong Kong, and is bringing it back to Shanghai, where his personal Long Museum, is located. (The institution has reportedly attracted high-profile visitors such as Angelina Jolie.)

Liu had to sign 24 separate AmEx receipts because the system can only swipe transactions up to HK$12 million at a time. The card is denominated in yuan because currency restrictions would not allow him to transfer that much money directly from China to Hong Kong. Individuals are limited to moving $50,000 per year outside the country because of capital controls.