A local fisherman and his friends began searching the area and by chance came across a rare, priceless golden seal. The fisherman sold the seal to an antiques dealer for 7.7 million yuan, the dealer went on to sell the golden seal for 13 million Yuan.

The fisherman became rich overnight and ignored the fact he had broken the law by selling cultural relics. Around three years later the cultural relic’s bureau, a department within the Chinese government, heard about the sale of the golden seal and went looking for the fisherman, who was eventually found and arrested. 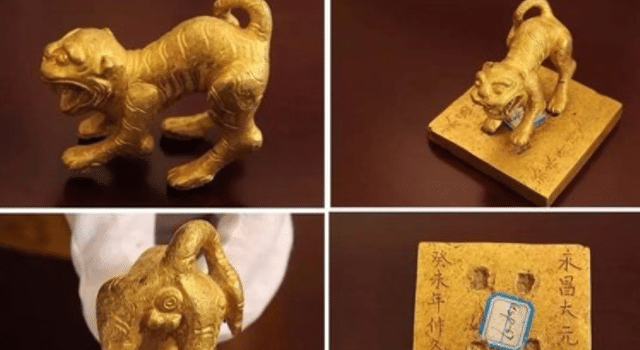 The seal was from the Ming dynasty and is associated with Zhang Xianzhong who’s bravery was admired by both the people and the Ming court, the seal was of great cultural importance to the country and the people of China.