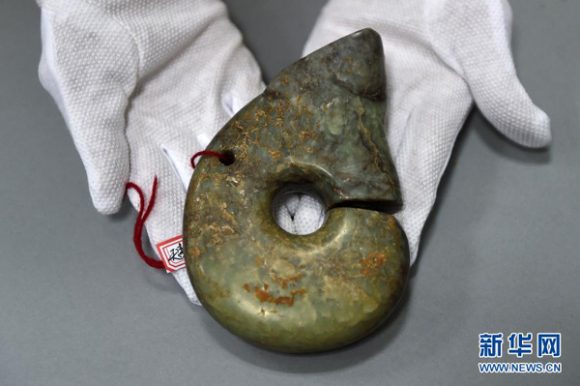 The Chinese grave robbers who made off with more than 1,000 Stone Age artifacts worth an estimated $80 million have been captured.

Officials recovered the loot and made more than 170 arrests.

The biggest-ever tomb raider bust required the help of more than 1,000 officers after an illegal excavation was discovered at Niuheliang.

China Daily reported that four archaeologists are also thought to have helped with the heist and selling of the loot. One of them, identified only by his surname Deng, reportedly stole a coiled jade dragon and sold it for 3.2 million yuan ($515,840) in 2012.

The looters are said to have been arranged into 10 different gangs who divvied up the various tasks from digging and excavating to selling relics.

The incident brought outrage from many uses on Weibo, China’s Twitter-like service.

“I feel ashamed for the behavior of these grave robbers, they have destroyed the study of Chinese culture,” one person wrote.