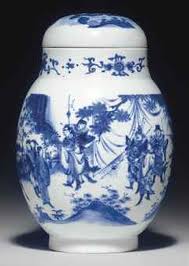 Chongzhen Emperor was the 15th and final Emperor of the Ming Dynasty. He was the fifth son of Emperor Taichang. Upon the death of his brother, Chongzhen ascended the throne at the age of sixteen. He set about repairing the deteriorating Ming government, by getting rid of the head eunuch who dominated his brothers reign, as well as several other corrupt officials. However, the damage done during the last reign could not be reversed. Partisan strife lead to conflict and unrest throughout the country. The depleted treasury did not allow Chongzhen the resources to gain proper control of the army, with generals leaving to join enemy forces for better pay. Ultimately, one of his main generals betrayed him, allowing the enemy to overrun Beijing. Chongzhen rang the bell to signal his ministers for an emergency conference, when he found that no one came, he climbed the hill next to the palace and hung himself.

The end of the Ming Dynasty marks a turning point in the history of the country; it collapsed, floundering in a state of moral, legal and economic decadence. Popular discontent caused uprising, resulting in the formation of formidable armed bands.

This reign is noted for the so-called transitional wares (porcelains made during the overlapping Ming and Qing Dynasties). In the reigns of the last two official emperors: Tianqi and Chongzhen, enormous quantities of blue-and-white porcelain were exported from China to Japan and Europe, a most opportune demand, compensating in part for the uncertainties of the home market. At the beginning of Chongzhen’s reign, there was more demand than supply for Chinese porcelain, especially in Japan. A type of decoration called “Xiangrui” was created specially for the Japanese market. Xiangrui porcelain was more varied and unpredictable, as illustrations and patterns, realistic and abstract images can appear on it, all at the same time – complementing and contrasting with each other. The name Xiangrui came about because these porcelain wares were all marked with the Xianrui seal print below the base, while some had Japanese writing printed at the bottom.

The export blue-and-white wares are often quite brilliantly painted in a lustrous cobalt blue and show a break from the repetitious kraak porcelain type. The shapes are also distinctive: a slender cylindrical vase with a smaller neck, precursor of the mallet or rouleau vase, ovoid jars, wine bottles, various bowls and some purely European shapes such as tankards, mugs, goblets, large handled vases, candlesticks, teapots etc. Particularly notable is the special “hookah” shape or kendi made for the Near East and Malay archipelago, which continued production for a long period.

Jingdezhen by the end of the Ming Dynasty, aside from blue-and-white porcelain, also produced coloured porcelains or Caici. Jingdezhen produced much bold and freestyle Honglucai for the Japanese tea merchants; this was done by adding red, green and yellow colours on top of the blue-and-white wares, with red as the main colour. In addition, there was a new breed of coloured porcelain made for the European markets, which was also influenced by the expressive Honglucai style, it used red, yellow, blue, green, purple and black colours for decoration. Da-Ming Wucai, as it was called, was very particular and refined, with enriched colour composition and a lavish bold style at the same time. With already a great demand domestically, Wucai of the late Ming was also purchased by Japanese and European merchants in impressive quantities. This particular period was the pinnacle of export business for Jingdezhen private kilns.

A few pieces are inscribed with the cyclical reign marks, but as the previous reign there are few conventionally marked pieces from this turbulent period of Chinese history.