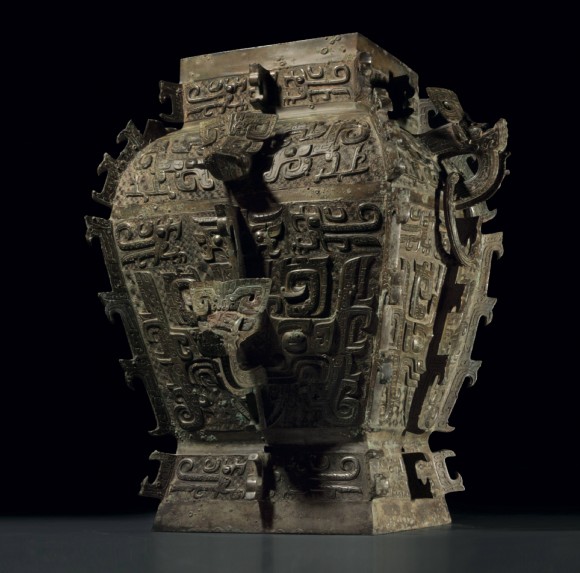 An ancient bronze ritual vessel will soon be on its way home to Hunan Province after being purchased by a group of Chinese collectors.

The antique ‘Min’ Fanglei wine vessel had been scheduled to go under the hammer at a Christie’s auction in New York yesterday, but was withdrawn after the collectors from Hunan made a private bid, the auction house said in a statement.

The statement did not reveal the value of the deal, but said the piece would likely have had a reserve price of US$10 million had it been included in the sale.

The buyers said they plan to donate the vessel to the Hunan Provincial Museum.

“After close consultation with the current owner, Christie’s has facilitated a private sale, allowing the vessel to be reunited with its lid kept at the Hunan Museum,” the statement said.

The ‘Min’ Fanglei is a huge square bronze wine vessel from the 12th or 11th century BC. It is believed to have been unearthed in the early 1920s in Hunan.

In a joint letter to Christie’s, the Chinese collectors said: “The Hunan Provincial Museum has taken every effort to raise funds and hopes to buy the national treasure before the auction.”

On March 15, the museum itself wrote to the managing director of Christie’s Asia, saying it was willing to pay up to US$20 million for the piece, Xinmin Evening News reported.

“We are pleased to have brought together our consignor and these collectors, resulting in this excellent outcome that will allow the “King of all Fanglei’s” to go back to its place of origin in Hunan,” the statement said.

When the ‘Min’ Fanglei last went under the hammer in March 2001 it was purchased by a French collector for US$9.2 million, the highest price ever paid for a Chinese ancient bronze vessel at an international auction.