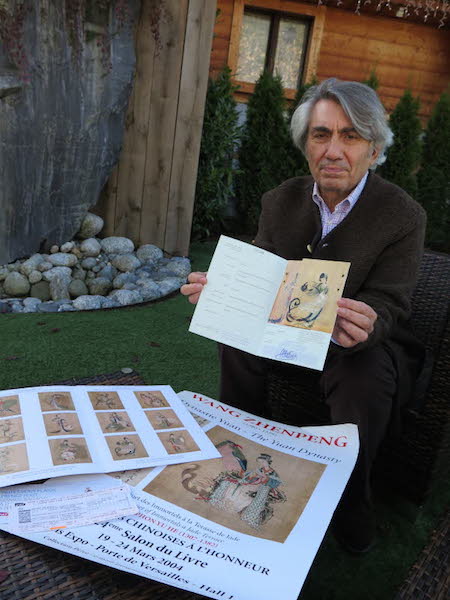 Of all the things that one could leave behind on a train, a €1 million 13th-century Chinese scroll is probably one of the most excruciating options. Yet, according to the Telegraph, this is precisely what happened to the art collector Francesco Plateroti.

A few days ago, Plateroti boarded a high-speed train to return to Geneva from Paris, where he had travelled to show the valuable Chinese scroll, entitled The Banquet of Immortals on the Terrace of Jade, at an art exhibition.

But when the Franco-Italian collector arrived to his final destination, near Geneva, he left the antique artwork, crafted by the artist Wang Zhenpeng during the Yuan dynasty, on a train seat.

“I was crushed when I realized I didn’t have it with me,” Plateroti told The Local. “It was a massive shock.”

Plateroti only realized that he had left the artwork behind once the train had left the platform. He alerted staff and the train was exhaustively searched, but the scroll was nowhere to be seen. “I call the Swiss department for lost property three times a day,” Plateroti said.

Plateroti has managed to remain optimistic about the possibility of retrieving the scroll, which can’t be legally sold or exhibited without its certificate of authenticity. The collector has launched an appeal for witnesses travelling on the 8:11pm TGV 9789 from Paris to Geneva on November 21, offering a reward if the scroll is safely returned.

However, he has not encountered a lot of good will as of yet. “People take advantage of my misfortune,” Plateroti lamented. “They are calling me to say they have the painting and that they will send it once I put the reward money in their bank accounts. This all makes having lost the painting a lot worse.”