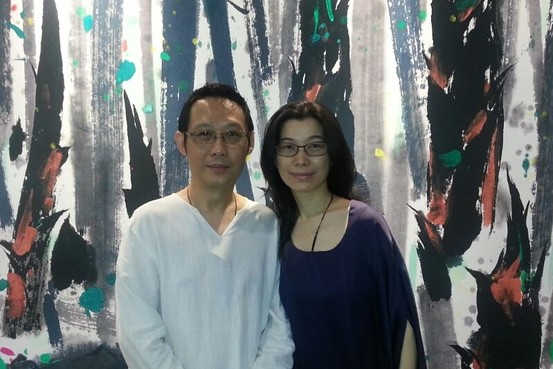 In the fusty world of Chinese antiques, Milton Man and Coobie Chui stray from the industry’s conservative norm. For one thing, they got into the business very young, as teenagers. For another, they dress more flamboyantly than their peers. They consider themselves scholarly collectors rather than traders. And they claim to sell their wares reluctantly, even though doing so is their sole source of income.

“I’m a shopaholic for antiques,” said the 45-year-old Ms. Chui, wearing bright red sneakers to match her pants in the same hue. Sitting in a Christie’s viewing room in Hong Kong’s Sheung Wan, she was answering the Journal’s questions in between phone bids with a German auctioneer for bronze Tibetan statues.

She and Mr. Man – a longtime couple, though they are not married — have earned a reputation for finding unusual treasures at auction and influencing their wealthy friends’ collecting habits. They are now leveraging that reputation at a sale of Chinese antique works of art during Christie’s ongoing spring auctions in Hong Kong, 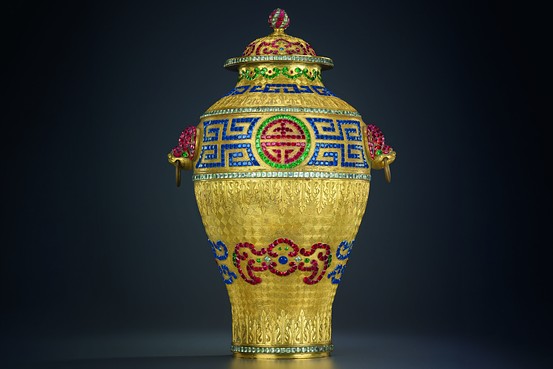 The sale, titled “Through Connoisseurs’ Eyes” and taking place Wednesday, comprises 22 imperial works of art dating from the 15th to the 18th centuries. Taken from their own and from their friends’ collections, the items have a relatively low total estimated value – up to $5.4 million, often the price of a single Qing dynasty vase — but both Christie’s and the couple hope the sale will be a recurring series to showcase the duo’s wares. Ms. Chui describes the effort as a way to prove that she and her partner “know how to choose beautiful things.”

Ms. Chui and Mr. Man met each other in high school in Hong Kong and have stayed together ever since. They have two daughters, aged 3 and 13.

Tired of Hong Kong’s rigid schooling, they entered the world of Chinese antiques in 1986 when she was 17 and he was 19. They began making frequent trips to mainland China to buy embroidery and silver trinkets for resale in their hometown. Bankrolled by Mr. Man’s family, whose parents were in the property business, the two took their business upscale in the early 1990s, traveling to London and across Asia to source more valuable works. Soon, their specialty became lacquer, cloisonné and bamboo, which they sold from a shop in Hong Kong’s Sheung Wan district. 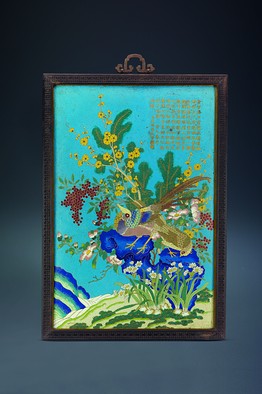 By the turn of the millennium, they were doing brisk business and had embraced the academic part of the trade. They were passionate about researching and finding treasures, but grew weary of the hustle and constant pressure of selling to others.

In 2005, the couple decided to change course: They turned the business into a professional hobby. They shuttered their shop and decided to become “full-time collectors,” buying the items they loved and selling quietly at auctions only to sustain their lifestyle and their passion.

“It was hard to be both [a] dealer and collector at the same time,” said Mr. Man, sporting a patterned linen jacket and a white shirt with three buttons at the top collar. “People don’t know what to think of you, or are suspicious.”

They transformed their old gallery, called M&C on Hong Kong’s Hollywood Rd., into a space they now call their “workshop,” which they liken to their own bohemian base. It’s a place where like-minded collectors visit, drink tea, read books and examine the couple’s wares or play traditional Chinese instruments. No buying or selling takes place, they insist.

Though they claim to be out of the industry as dealers, they still are consulted by friends and remain active buyers at auctions. Yet despite their expertise and experience, Ms. Chui and Mr. Man cast themselves as poor businesspeople, bidding for items at auction without cash to pay, sometimes resorting to asking friends for loans when required.

“They’re very different than anybody else,” said Pola Antibi, an expert in Chinese ceramics and works of art at Christie’s. “They have such passion and they really study.” She added, “They’re a bit ahead of the trend. They collect areas before others pay attention to them.”

“We saw it in the catalogue and we just had to get it,” Ms. Chui said of the piece, which stands at just over a foot tall. “We had no cash, and we ended up getting a loan to buy it.”

Ms. Chui pointed out its unusual East-West aesthetic: the paste glass on the side of the vase is a Western touch, while the decadent gold and its patterned design point to imperial provenance, she said. Its current value, estimated by Christie’s, is up to $907,000, representing a 342% increase from the price they paid.

Also for sale is a cloisonne enamel rectangular panel, dating back to 1773. The panel depicts pheasants standing on blue rocks, with a poem by the emperor Qianlong inscribed in gold.

Jules Speelman, an Asian antique dealer in London, said the couple has “an eclectic taste,” describing them as tastemakers among their circle of deep-pocketed collectors who follow the pair’s lead. “I’m a dealer but I don’t have a following. They do,” he said.

Toward the end of the Journal’s interview with them in Hong Kong, Ms. Chui received her fourth call in an hour from the German auction house. It wanted to know if she was interested in bidding on another bronze sculpture. She declined, hung up and shook her head to her husband, recounting their other purchases of the day.

“The bank account is already overdraft,” she sighed. He shrugged, unmoved.

“We never have money,” she said. “When we need money, we sell at auction, then we buy more things. My elder girl worries about us sometimes. ‘We should sell something. Why don’t we have more money?’ But this is the way we are.”