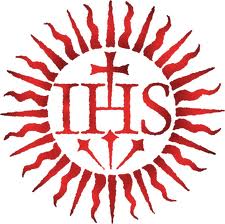 The Qianlong Emperor identified himself as the ruler of five peoples: the Manchus, Mongols, Tibetans, Uighurs (Turkic-speaking Muslims), and Chinese. Each was separate, linked together only through their relationship with the Emperor himself. The throne tried to preserve the cultures of these peoples even as it approved of policies to sinicize other minorities in south and southwest China. The Emperor commissioned translations, dictionary compilations and other projects to promote the languages and cultures of his Inner Asian subjects.

From the sixteenth century onward, Jesuits brought knowledge of scientific and technological advances in Europe to the Ming and then the Qing courts. The Kangxi Emperor studied Western mathematics, and resolved disputes (1668—69) between Chinese and European calendrical models in favour of the Jesuits, placing them in charge of the Imperial Board of Astronomy. He was intrigued by European musical pitch, and commissioned a major work on Chinese pitch as a result of this exposure. The Emperor invited Jesuits to introduce European cartography to his court and commissioned them to create new maps of his expanding empire (1707—17). The Jesuits were employed in Qing negotiations with the Russians that culminated in the Treaty of Nerchinsk (1689), which was written in five languages (Latin, Manchu, Chinese, Mongolian and Russian), and in the Treaty of Kiakhta, which fixed the boundary between Mongolia and Russia.

Jesuits like Giuseppe Castiglione, who worked at the court from 1715 to his death in 1766, joined Chinese, Tibetan, Uighur and Mongol artists in the production of objects, buildings and entertainments for court consumption. The sharing of borders with an expansionist Russian empire provided another channel for commercial and cultural exchange. With a Russian hostel and language school in Beijing during the eighteenth century, Russians resided in the capital.