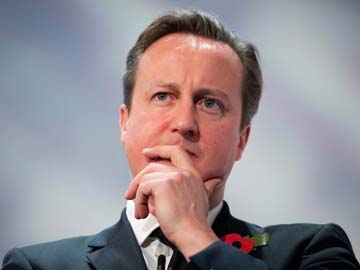 David Cameron has been inundated with demands for the return of priceless artefacts looted from Beijing in the 19th century as his visit to China draws to a close.

Cameron travelled to the southwestern city of Chengdu on the third day of what embassy officials said was the largest ever British trade mission to the country.

British officials say £5.6 billion-worth of deals have been signed so far on the trip, but Cameron has been derided by both Chinese state-run media and the country’s sharp-tongued Internet users.

The prime minister last Friday set up his own microblogging page on Sina Weibo, China’s version of Twitter, attracting more than 230,000 followers by Wednesday.

He invited netizens to ask questions, saying that he would aim to reply during the visit.

One of the most popular questions was posted by a prominent Chinese think-tank, the China Center for International Economic Exchanges, which is headed by former vice-premier Zeng Peiyan and includes as its members many top government officials and leading economists.

“When will Britain return the illegally plundered artefacts?” the organisation asked, referring to 23,000 items in the British Museum which it says were looted by the British Army, part of the Eight-Nation Alliance that put down the Boxer Rebellion at the end of the 19th century, a popular uprising against the incursion of European imperial powers in China.

The British were part of the Eight-Nation Alliance that put down the Boxer Rebellion at the end of the 19th century, a popular uprising against the incursion of European imperial powers in China.

To the Chinese, the ransacking of the Forbidden City, and the earlier destruction of the Old Summer Palace in Beijing in 1860 remain key symbols of how the country was once dominated by foreign powers.

One British officer wrote: “You can scarcely imagine the beauty and magnificence of the places we burnt. It made one’s heart sore to burn them”

Asked whether China was asking for the treasures to be returned, Foreign ministry spokesman Hong Lei told reporters Wednesday: ‘Relevant Chinese authorities are in communication with the government authorities of relevant countries.’

In response, the Department for Culture, Media & Sport in London said the ‘UK enjoys excellent cultural relations with China.

‘Questions concerning Chinese items in museum collections are for the trustees or governing authorities of those collections to respond to and the Government does not intervene.’

he Boxer Rebellion, Boxer Uprising or Yihetuan Movement was a violent anti-foreigner movement which took place in China between 1899 and 1901. It was initiated by the Righteous Harmony Society and was motivated by proto-nationalist sentiments and opposition to foreign imperialism and Christian missions. The Great Powers intervened and defeated the Boxer Rebellion, in a humiliation for China.

The uprising took place against a background of severe drought and economic disruption caused by the growth of foreign spheres of influence. Grievances ranged from the opium trade and other foreign economic incursions to Christian missionary work, while the Qing state was too weak to combat them.

After several months of growing violence against foreign and Christian presence in Shandong and the North China plain, in June 1900 Boxer fighters, convinced they were invulnerable to foreign weapons, converged on Beijing with the slogan “Support the Qing, exterminate the foreigners”. They forced foreigners and Chinese Christians to seek refuge in the Legation Quarter. In response to reports of an armed foreign invasion and its demands, the initially hesitant Empress Dowager Cixi, urged by the conservatives of the Imperial Court, supported the Boxers and on June 21 authorized war on foreign powers. Diplomats, foreign civilians and soldiers, and Chinese Christians in the Legation Quarter were under siege by the Imperial Army of China and the Boxers for 55 days. Chinese officialdom was split between those who supported the Boxer effort to destroy the foreigners and those officials seeking diplomatic resolution. Clashes were reported between Chinese factions favoring war and those favoring conciliation, the latter led by Prince Qing. The supreme commander of the Chinese forces, Ronglu, later claimed that he acted to protect the besieged foreigners. The Eight-Nation Alliance, after being initially turned back, brought 20,000 armed troops to China, defeated the Imperial Army, and captured Beijing on August 14 (Siege of the International Legations), lifting the siege of the Legations. Uncontrolled plunder of the capital and the surrounding countryside ensued, along with the summary execution of those suspected of being Boxers.