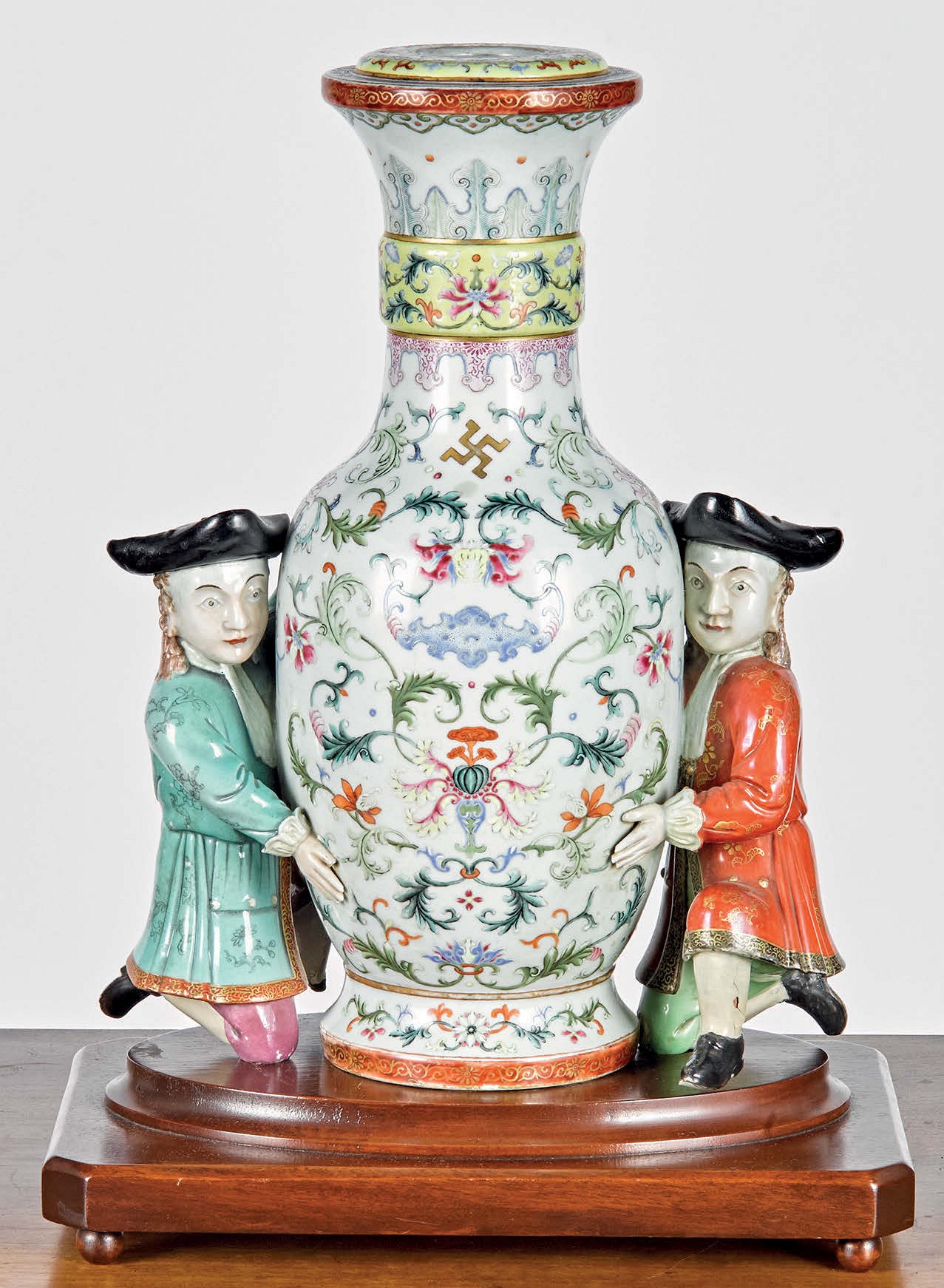 A piece of Qing porcelain sells for $270,000 at Pook and Pook in Downington Pennsylvania auction.

A Chinese porcelain vase from the Qinglong period, which incorporates Dutch figures has brought global interest.

The vase was 16 inches high and 12 inches wide and came from a private collection in New Jersey. It carried an auction estimate of just $10,00-15,00.

The vase has similar characteristics of figures from European prints made in the mid 18th century both for export and entertainment within the Qing court.

The vase is from a group of imperial pieces in which Westerners are depicted showing homage to the Qinglong emperor.

Two merchants in tricorn hats and frock coats are carrying an over sized porcelain vase representing the might of the Qing.

While this piece was unpublished, another example (seemingly its mirror image) is known in a private collection. Both figures on the current vase had damage which held back its final price.

The vase may once have had a six-character Qinglong seal mark to the base, but that had been removed in the 20th century for a lamp conversion.

Bidding was from the UK, the USA and the far East, the winning bid on January 17th was $329,400 with 22% buyers premium tendered by an unidentified institution in the USA Mid West.