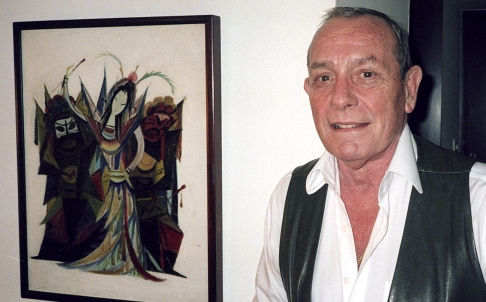 The entire collection of legendary New York art dealer Robert Ellsworth is going under the hammer in March, and Hong Kong will get the first sneak peek when the global roadshow kicks off on November 21.

Ellsworth, dubbed the “King of Ming” for his expertise in Ming dynasty Chinese antiques, died in August at the age of 85. He had a treasure trove of over 2,000 pieces of ceramics, furniture, sculptures, bronzes and paintings from Asia and Europe stashed away in his 22-room Fifth Avenue apartment, three blocks away from the Metropolitan Museum of Art.

Ellsworth showed a precocious talent as a dealer and was successfully “flipping” Asian art objects as a teenager, according to the press release from Christie’s, the auction house that won the contract this week.

He built up a ferocious reputation as an Asian art specialist, much admired for his expertise, his canny business sense, and an impressive list of clients which included numerous top museums and major collectors. Local grandee Sir Joseph Hotung relied on Ellsworth’s advice for his phenomenal collection of Oriental antiques now housed in the British Museum.

Ellsworth was a passionate conservationist who was made an honorary citizen by Anhui province for his efforts to preserve Huangshan’s historic buildings.

He had close links with Hong Kong. During his visits over the past 30 years he would stay in his own apartment in Kowloon. In the 1990s he set up the Chinese Heritage Art Foundation in the city to promote preservation projects in the mainland.

Christie’s will display 20-30 items at the Hong Kong Convention Centre from November 21-25 before the collection moves to Shanghai, Tokyo, London, Beijing and New York. A series of auctions and online-only sales will be held during Asian Art Week in New York next March.

Ellsworth predicted this in an interview with The Independent newspaper in 1994: “When I cool … my holdings will be sold in a consecutive seven-day sale. The last lot will be a single item, the finest piece of jade in the world – which I wear on my finger.”