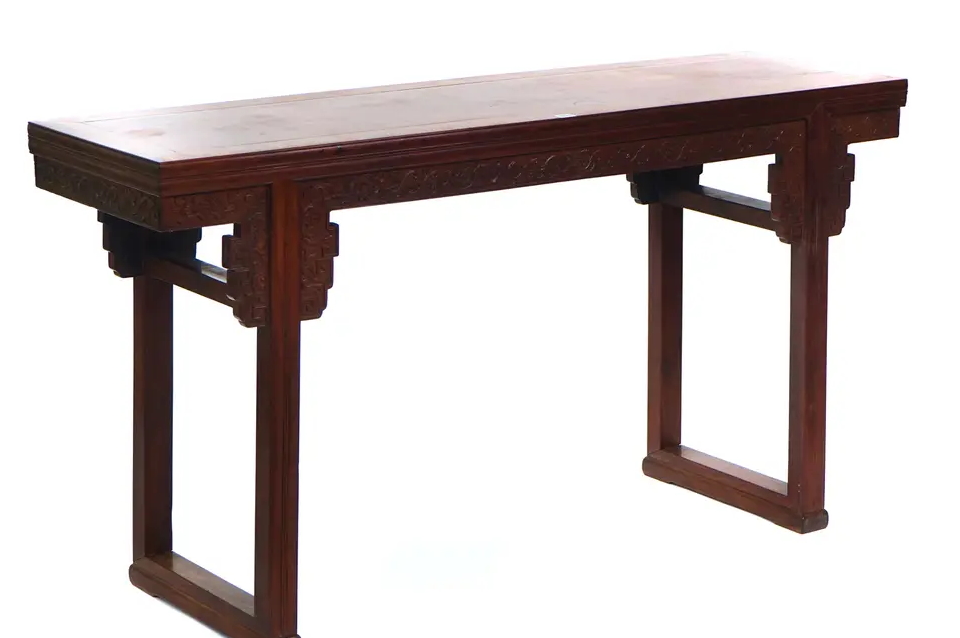 A small wooden Chinese altar table that went unnoticed in a family home for many years has sold at auction in the UK for more than 200 times its initial estimates of £1,000.

The table was bought bought by a Chinese mainland buyer in what the auctioneer described as a bidding war.

There was a lot of speculation flying around before the auction about the table with rumors abound that the table was actually an imperial piece made for a Chinese emperor who ruled during the 19th century.

It was also believed the table was made from genuine Huanghuali wood, a highly coveted material first popular in the late Ming dynasty. Huanghuali wood was extremely expensive in China during the 19th century and would have been used exclusively for the imperial household or high ranking officials.

A spokesperson for Bellmans auctioneers who sold the table commented that the family that put the table into auction were thrilled with the sale price especially since they were only expecting £1,000.

The table will returning home to mainland China it is believed.