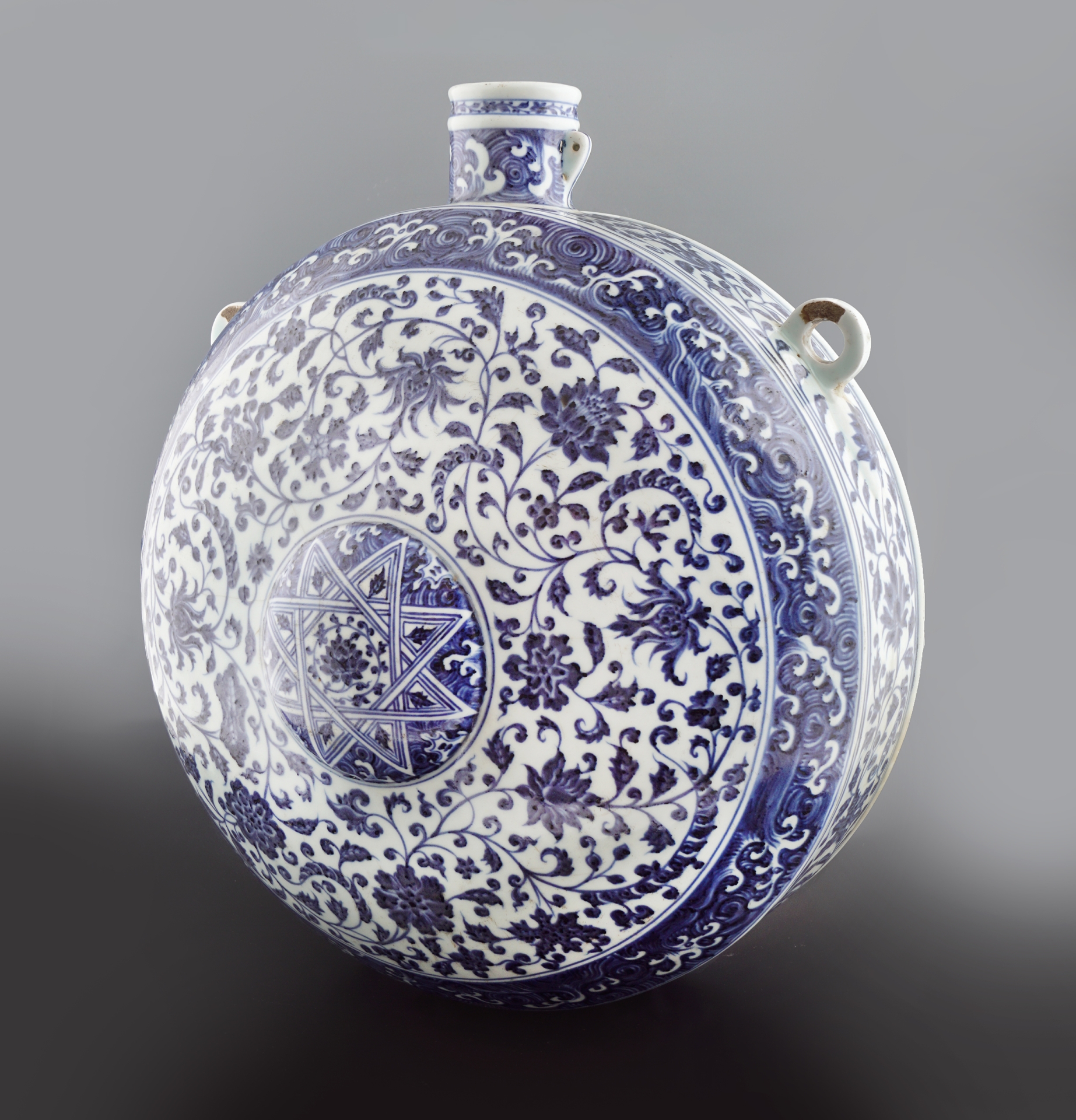 An auction house in Laois, Ireland is expecting or should I say hoping Chinese buyers to fly in from Beijing and start a bidding war for what is reported to be a Yongle blue and white large flask.

The flask is estimated at around €40,000 but apparently this is also the reserve???

The family brought the flask in an old box to a valuation day. Philip Sheppard from Laois auctions said “This family brought in a box with an important Chinese ceramic piece. It is an extremely rare early Ming (dynasty) blue and white flask. We were able to date it to the early 15th century Yongle period more or less the same age as Blarney Castle.”

Mr Sheppard seems to have an uncanny knack of unearthing rare Chinese pieces, he sold another rare Chinese vase last year and said “It sold for €640,000. It was the highest price ever achieved at auction for an art object in Ireland.”

Mr Sheppard also said “There could be more pieces yet to find around Ireland because of our close links to colonial Britain. Many pieces came to Ireland from Asia and the Orient in the past.”

Well, I suppose we will just have to wait and see what happens with this piece. No doubt time will tell…