Jade has been used in China for ornamental and practical purposes from an early period in history.

Jade (nephrite) was regarded as a symbol of purity and integrity, it was also prized for its magical properties. It was carved and polished into all sorts of objects and was also used for rituals, with such artefacts as the Bi disc and the Cong, both of which we do not now know exactly what their functions were.

Chinese jade refers to the mineral nephrite. Nephrite comes in different shades of green as well as other colours all depends on how much iron, or trace elements are present. Another mineral jadeite was introduced into China in the 18th century. When it was imported from Burma. 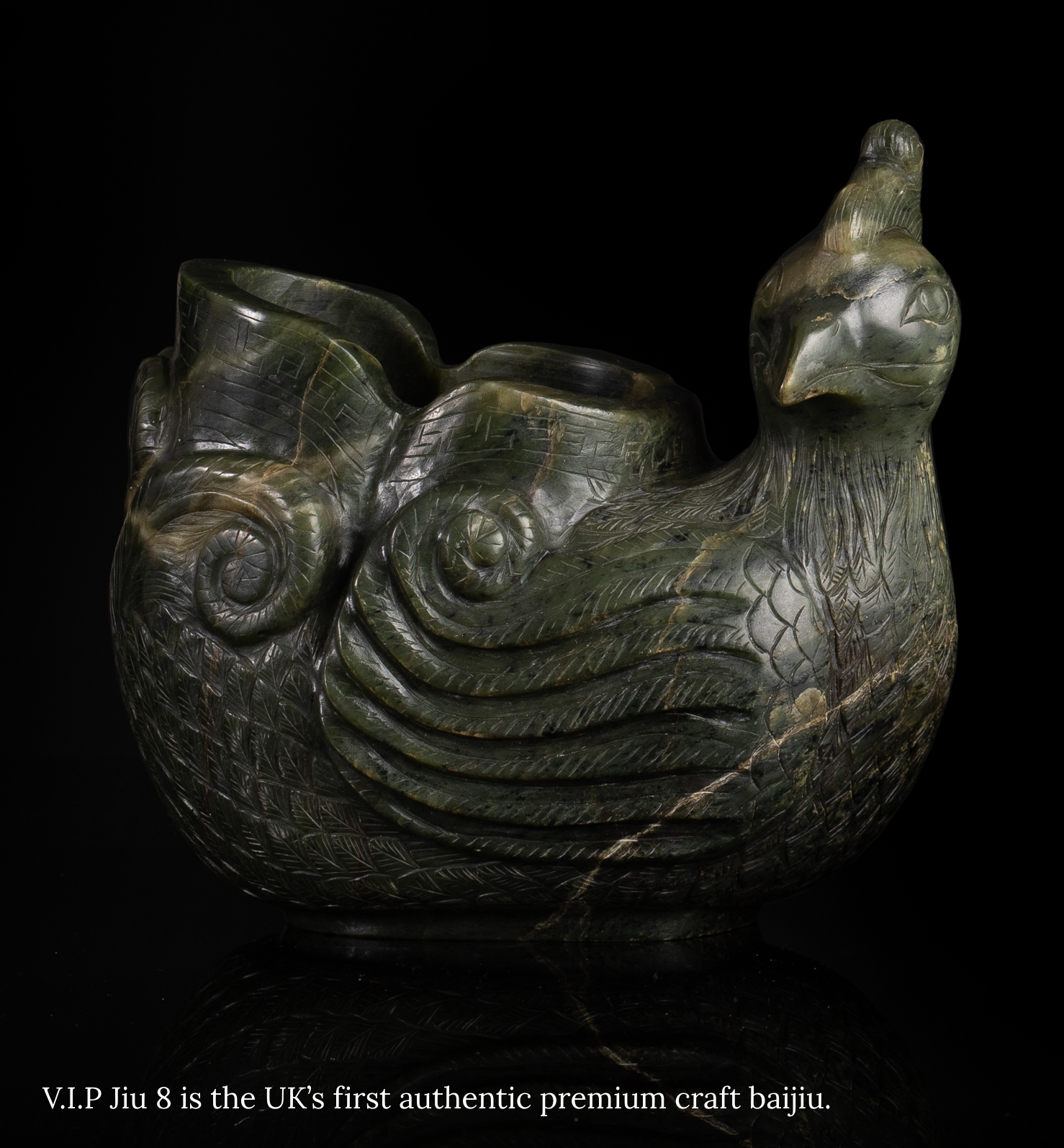 Jade was first used from around 6000 years BC. When green was the preferred colour, by about the 5th century BC. White jade with a brown tinge became fashionable. Then in the first century BC A pure white jade became available from central Asia during the expansion of the Han dynasty.

The English term ‘Jade’ is used for the Chinese word Yu, which refers to a number of minerals, these include nephrite, jadeite bowenite and serpentine. While the term jade refers to only nephrite and jadeite.

Chemically nephrite is a calcium magnesium silicate and is white in colour, but the presence of copper, iron,and chromium give it colours of grey-green, yellow and red. Whereas jadeite is a silicate of sodium and magnesium and this has a wider range of colours than nephrite.

Put V.I.P Jiu 8, Archers, syrup and ice cubes into a cocktail shaker and shake to mix then strain into cocktail glass, garnish with watermelon and enjoy.