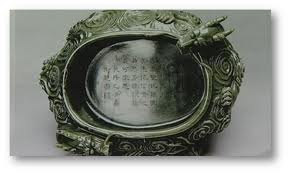 VALUABLE Chinese artefacts stolen in a daring museum heist will not now be returned to their rightful home until the New Year.

Bosses at the Oriental Museum in Elvet Hill, Durham, had hoped to have a solid jade bowl and an 18th Century porcelain figurine back on display before Christmas.

But a delay in the sentencing of those who have admitted responsibility for the theft means they are not now likely to be returned to the museum until February next year at the earliest.

Meanwhile the items, valued at around £2m, remain in protective police custody.

And the identity of the crime master who ordered the audacious heist remains shrouded in mystery.

Dr Craig Barclay, curator of Durham University’s Oriental Museum, said: “We are very much looking forward to having the artefacts returned to us.

“There are no immediate plans to put them back on display.”

They will not be returned until legal proceedings are completed.

Last week a Newton Hearing at Durham Crown Court was intended to have established the exact role played by two men who have admitted the theft.

The hearing was arranged after a judge said back in August that he was not satisfied with the account given by two of the accused, Lee Wildman and Adrian Stanton, about the role they played in stealing the treasures.

Wildman, 35, and Stanton, 32, both of Walsall, West Midlands, had admitted conspiracy to commit burglary together with others at the museum on Old Elvet on April 5, at an earlier hearing.

But it was on the basis, in both cases, that they were not the intruders in the museum. But Judge John Milford told the pair and their barrister that, after reading up reports on the case, he was not prepared to accept their pleas on that basis.

But the Newton Hearing, where a judge sits alone to decide who is telling the truth, was postponed, possibly until February, due to “legal issues” following top level discussions amongst barristers and a judge in chambers last week.

The stolen items were later recovered intact by police after being found in a field, where they had apparently been concealed, just four miles away in the Brandon area eight days after the break-in.

The judge expressed doubt that Wildman and Stanton would have been paid so little by a mysterious paymaster for stealing items of such high value.

Four more defendants, who were also due to be sentenced last week for their part in the theft, are still waiting to learn their fate.

Oliver Clarke, 31, from Walsall, admitted two counts of assisting an offender, one each relating to Stanton and Wildman, by driving them to assist in preventing their lawful apprehension.

Fallon Alexandra Arrowsmith, 19, Charmaine Wilkes, 27, and Natasha Michelle Partridge, 21, all from Walsall, each admitted assisting an offender by arranging hotel accommodation for Stanton or Wildman, again, to impede their lawful apprehension or prosecution.

They are unlikely to be sentenced until the fate of Wildman and Stanton is decided by the courts.