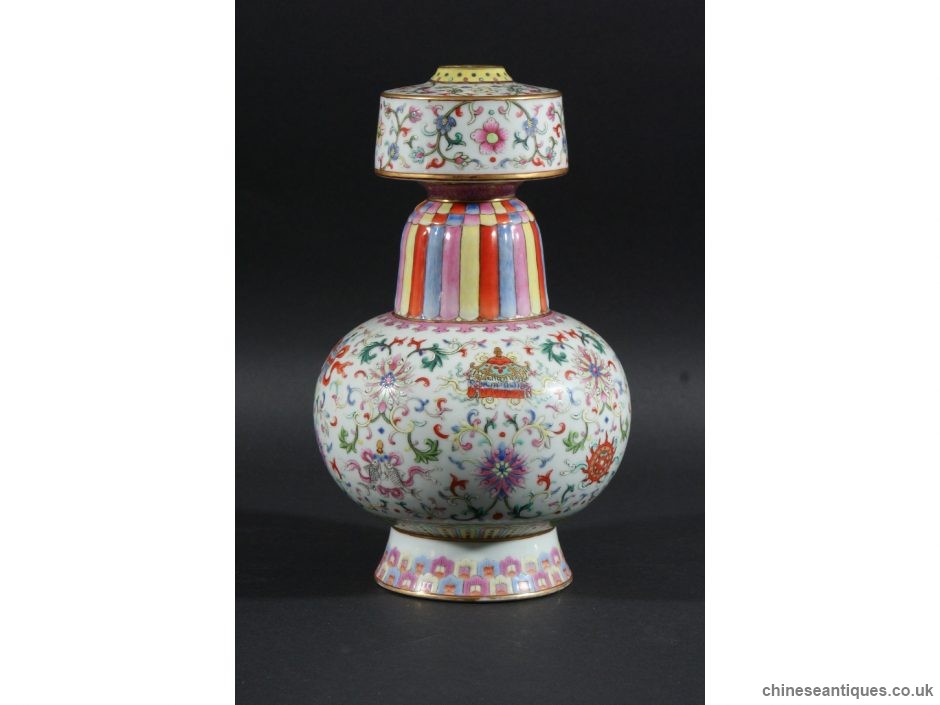 Provenance: acquired by an ancestor of the vendor while working as a solicitor in Shanghai in the early 20th century and thence by descent. 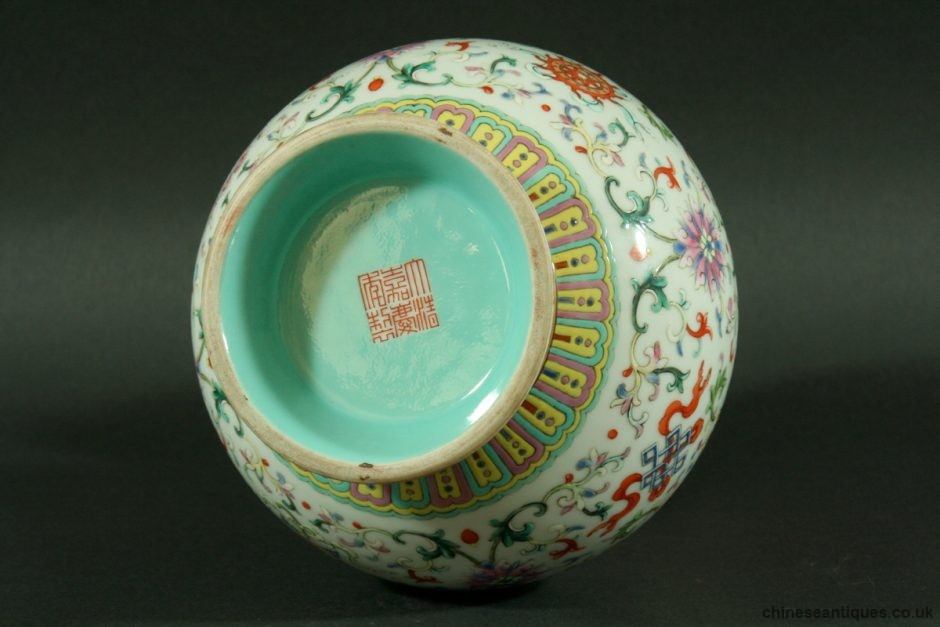 Standing 10.25in (26cm) high, the vase is finely decorated in famille rose enamels with the Bajixiang, the Eight Buddhist Emblems, divided by lotus heads and scrolls.

Vessels of this type were used throughout the reign of the Qianlong emperor but this example, which carries an iron red six character seal for his successor, the fifth Qing emperor Jaiqing (1796-1820).

Not all vessels of this type are of the period and Lawrences chose to cautiously catalogue this well-preserved example as ‘Republican period’ and gave it an estimate of £1200-1500. However, there was a consensus it was ‘right’ and multiple bidders were content to pursue it into six figures.

At the auction on January 19, it dramatically overshot its presale guide and the bidding came down to a contest between a prominent Hong Kong dealership and a well-known London dealer. It was eventually knocked down to the former at £252,000.

This exceptional vase belongs to a group of ritual wares that were made for placement on Buddhist altars, for ceremonial use in palaces and temples, either within the Forbidden Palace, or Bishushanzhuang in Chengde. The inspiration for the form comes from Tibetan metalswares that were made as containers for storage of sacred water and used during Buddhist ceremonies. This rare form of altar vase, known as a Benbaping, was made to contain sacred plants. A ruby ground example with the seal mark of Jiaqing, formerly in the collections of Lord Loch of Dyrlaw, Alfred Morrison (1821-1897) and Lord Margadale of Islay, Fonthill House, Wiltshire, was illustrated by S. Marchant & Son on the cover of their catalogue of Recent Acquisitions, 2009.