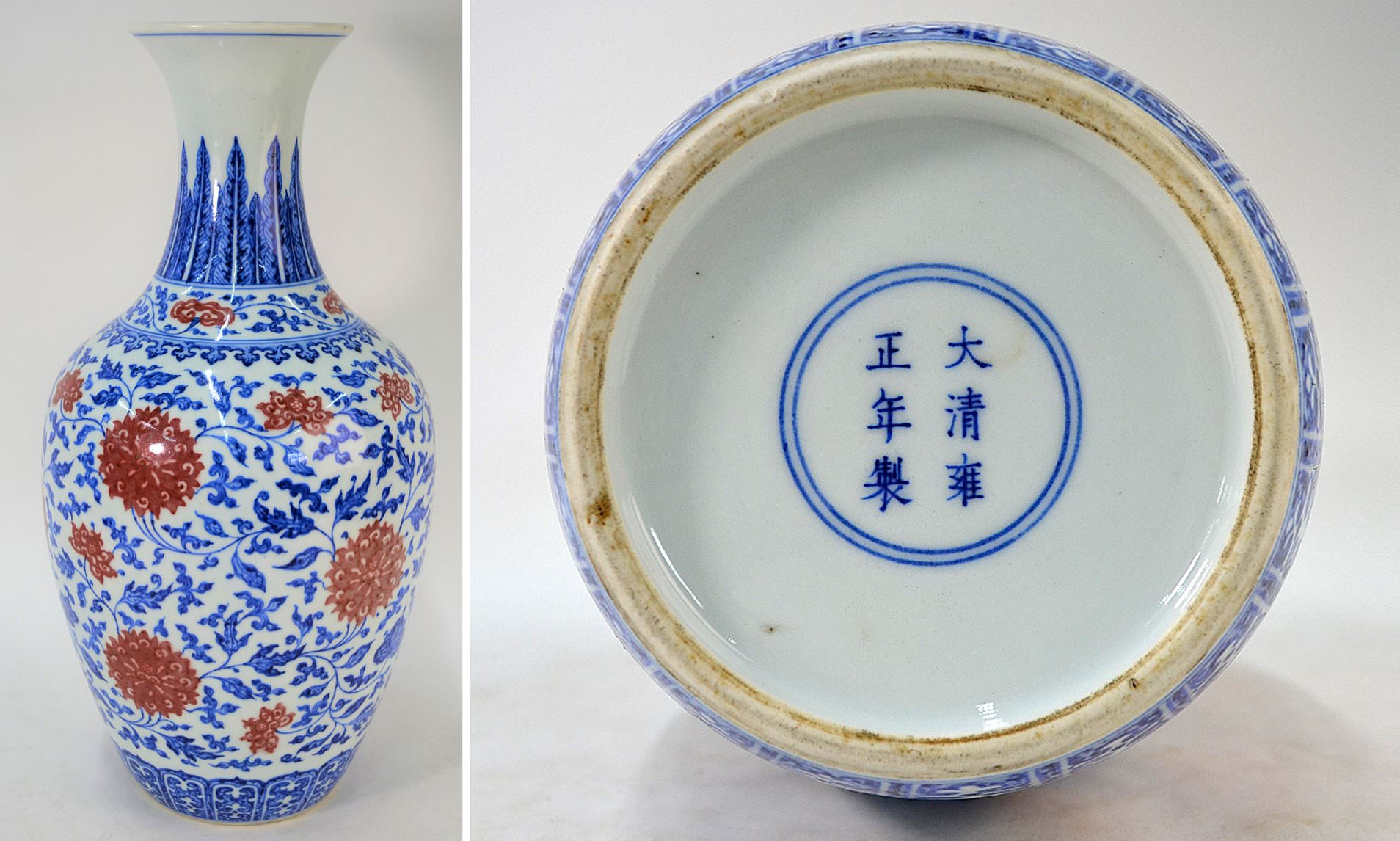 A middle-aged woman who had the vase in her home for 20 years thought it had no value, BUT she decided to drive to her local auction house with the vase UNDER HER ARM (15 inch vase). The EXPERTS told her it could make between £400 to £600.

The EXPERTS recognized the Yongzheng mark on the underside of the vase but thought it was a later copy.

Offers of six figures were apparently made before the sale. On the day of the sale bidding started at £500,00 with a Chinese man in the auction paying the winning bid of 1.3 million, add commission and VAT and the final figure paid is closer to 1.6 million.

The vendor was of course delighted with the price and said its like winning the lottery. Little is known about where the vase came from or how the vendor acquired it. The woman had been selling a few things at a time over the course of several months with the auctioneers…