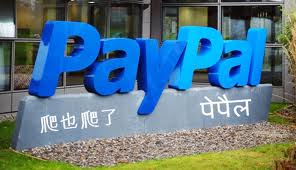 An executive for eBay’s (EBAY) PayPal said Thursday that the payments unit of the online auction pioneer is still waiting for an official license to offer online payment services in China’s domestic market.

Alan Tien, PayPal’s general manager for China, was quoted by state-run China Daily as saying the company had filed an application with China’s central bank last year and still hasn’t heard back.

PayPal’s Chinese unit currently makes most of its money by offering payment services for local companies that export overseas by filling orders through online websites.