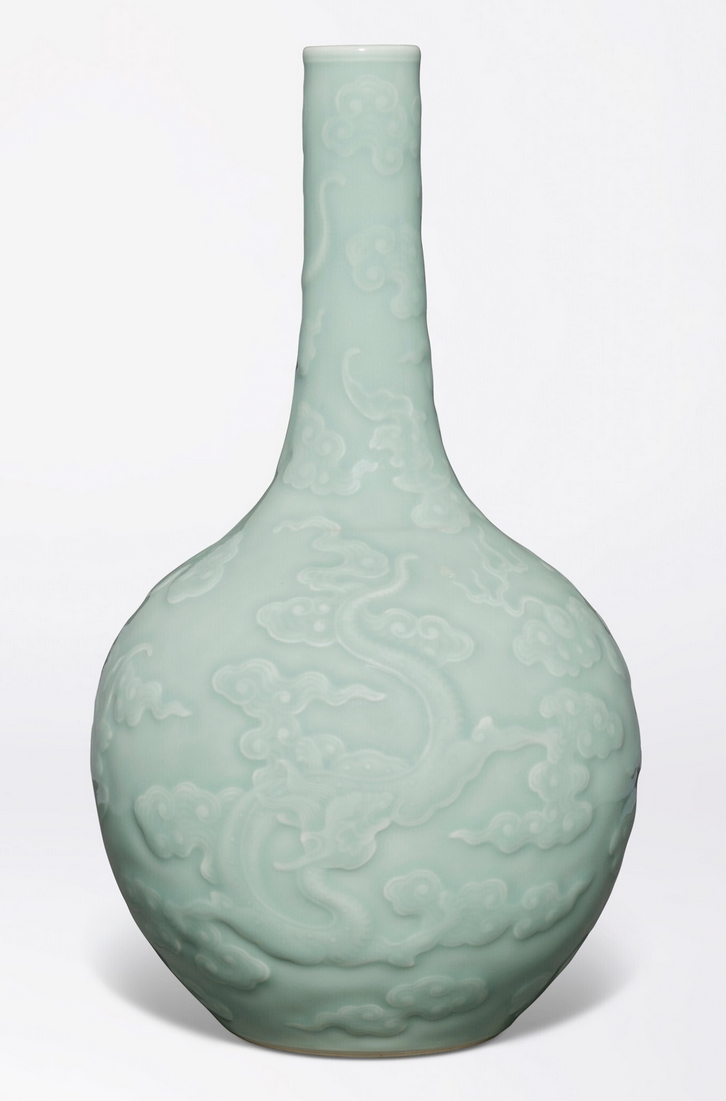 The sell through rate was around 57%, with 16 of the 28 lots finding a buyer. The owner of Wang Xing Lou is a collector and art dealer in Hong Kong who began to put his collection together in the early 1990s.

He was drawn to imperial pieces from the Kangxi, Yongzheng and Qianlong periods. At the time he started to form his collection the market was more geared to Ming blue and white and Song dynasty ceramics enabling him to acquire imperial Qing porcelain at competitive prices.

The vase is carved with a large imperial dragon surrounded by smaller dragons all set within ruyi shaped clouds. A scene known as the proverb Canglong jiaozi, which translates literally as “an old dragon teaches his son”.

For the Qianlong Emperor, Canglong jiaozi embodied his high hopes for the flourish of Qing dynasty – which much depended on his discerning eyes for a promising heir.