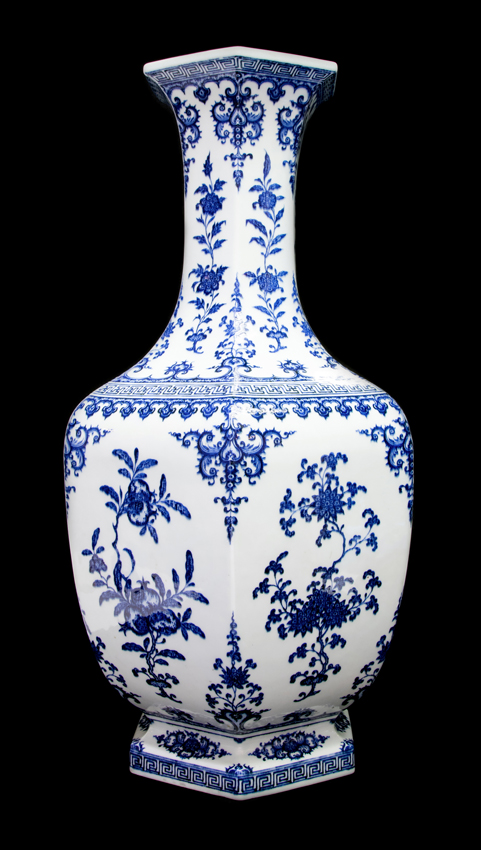 The 2ft 2in (66cm) high vase in hexagonal mallet form was consigned by a West Midlands vendor after it had descended through the family.

Managing director Charles Hanson told ATG that it was acquired by the consignor’s great-aunt in Cornwall, who was a dealer and collector, probably in the 1920s or 1930s. 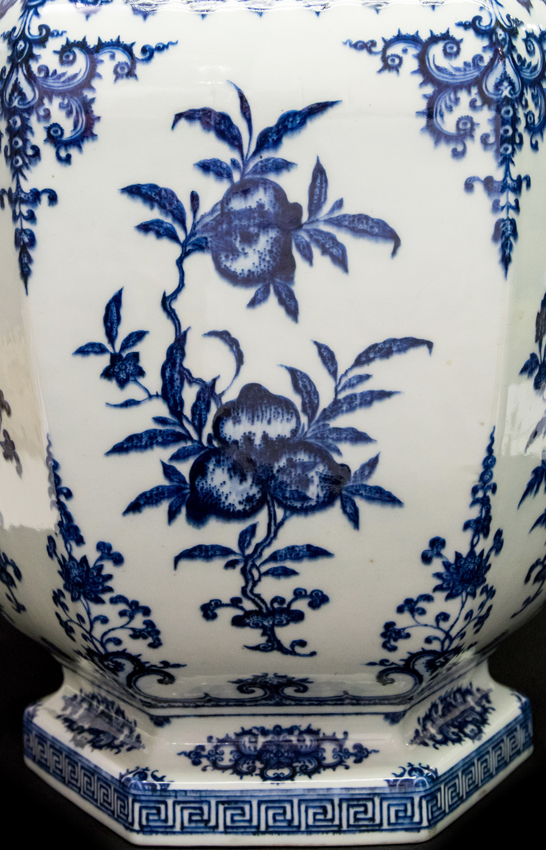 The decoration of the vase is in imitation of Ming ‘heaped and piled’ style but it also displays ‘Baroque’ elements pointing to the influence of European decorative arts in the art and architecture of The Summer Palace.

The bulbous body has cut branches of peaches alternating with flower and lingzhi stems and all facets are framed at the corners with European-style scrollwork spandrels,

Irv: On a personal note! For some reason I do not like it 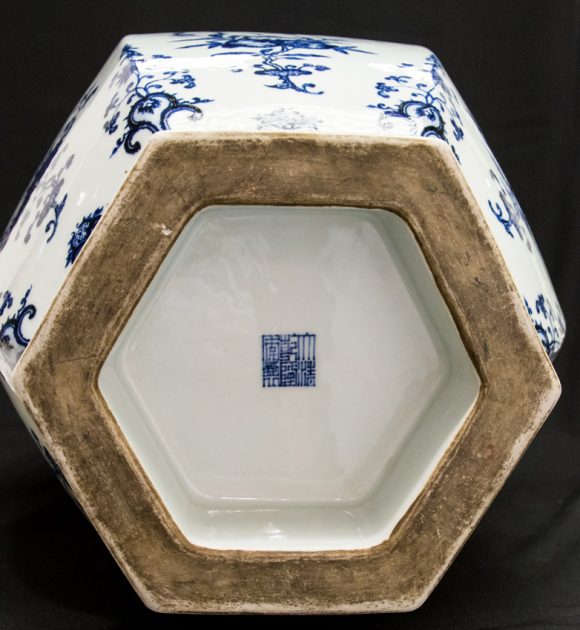