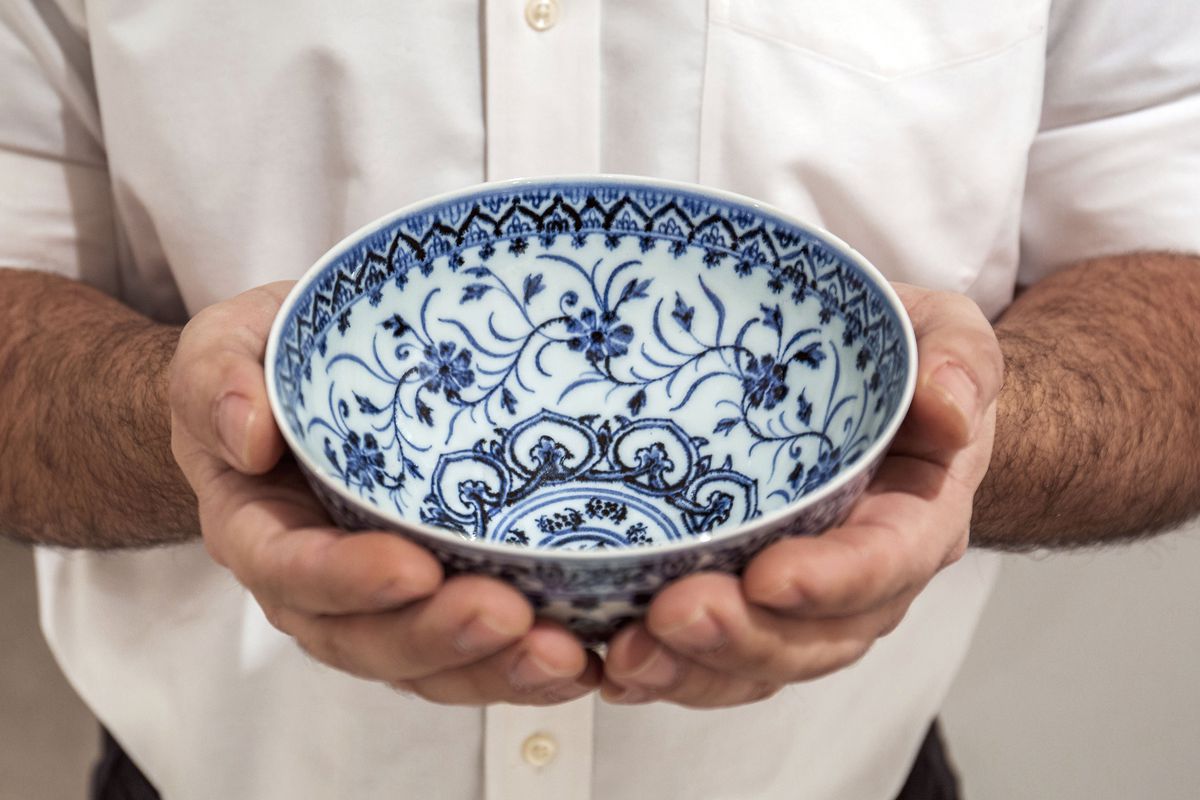 It’s a long-standing dream of most antique enthusiasts to bag a bargain and turn a substantial profit on a piece. What is invariably even more expecting, however, is when a valuable item is sourced from unofficial means, such as a boot sale.

This is exactly what happened to one resident of New Haven, Connecticut, who purchased a small porcelain bowl from a backyard sale for $35 – and now stands to sell it for upward of US$400,000 through auction house Sotheby’s. With the benefit of hindsight, the previous owner is likely wishing they haggled over the asking price a little.

The buyer of the bowl, who has managed to retain their anonymity, spotted the item for sale at a house sale. It’s unknown whether it was the striking design that caught the eye – white porcelain with blue floral decoration – or a suspicion that the vessel could have yielded greater value. Perhaps it was indeed the latter, as Angela McAteer – an expert in Chinese art at the aforementioned Sotheby’s – received an email asking for a value estimate.

The attached image made McAteer’s eyes light up. It transpires that the bowl is one of just seven that is believed to exist, and the only one located in the USA. The vessel was identified as dating back to the early Ming dynasty of the 15th Century and will now be actioned at the Auction of Important Chinese Art in New York on March 17th.

McAteer’s estimate of the value is between US$ 300,000-500,000. The auction is open, however, so there is no way of knowing just how much it could raise. If you’re feeling lucky, bidding is available online.