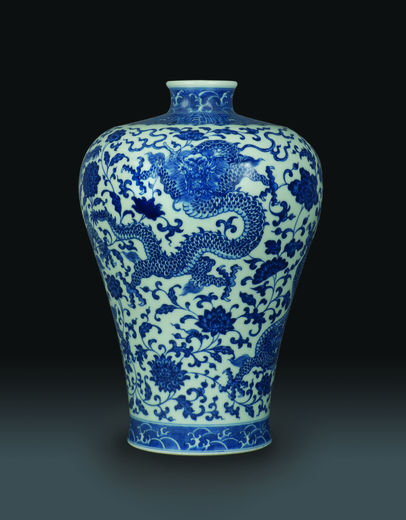 Descendants of China’s last royal family are $3 million richer after a rare vase was sold at a Toronto auction — for 10 times its maximum estimate.

Khan credited Sunday’s record-breaking sale of a Qing Dynasty vase to factors that include improved finances and the recent easing of regulations governing ownership of artwork in China.

“Because China has been doing so well economically, they want to buy their stuff back,” he said. Until recently, “they couldn’t afford anything.”

The Qing Dynasty ruled China from 1644 to 1912 and was replaced by the Republic of China, before the Communist takeover in 1949.

“For Asian art, this is a phenomenal price in Canada,” said Jackie Kung, Ritchies’ Asian expert.

The vase was consigned to the auction house by members of the Manchu Aisin Gioro family, who — as descendants of the Last Qing Dynasty — maintain a low profile in Thailand, she said.

Kung said they chose the Canadian firm because of increased prices in this country for rare collectibles, including Chinese art.

There was one bidder in the audience, plus several online and by phone. When offers from overseas leapt far ahead of the estimate, “the audience went crazy,” said Ritchies spokesman Bruce Nagy.

Other Chinese artifacts, including other vases, carved wooden figures, jade and Buddhas, were also offered for sale.