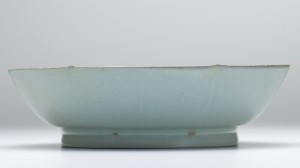 Ru ware is the most precious of all the ancient Chinese pottery, which is due to the fact that it is so rare. Ru ware can be traced back to a single kiln in the town of Ruzhou, Linru County in central China, where it gets its namesake from. Only sixty intact pieces were know to exist until archaeologists unearthed 22 more intact pieces in 1986 at the original site of the kiln. 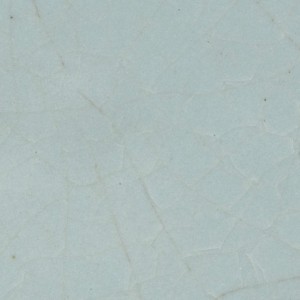 Due to the favourable clay and iron compositions in the ground, the Ruzhou region has been producing celadon stoneware for centuries. However, it wasn’t until the kiln was confined to government use in 1086, did they reach their peak of production quality. Archaeological excavations at the Ru site, showed that even during ancient times the stoneware technology was very advanced. Supposedly, the Emperor himself was actively involved in the production process of the pieces, personally choosing the craftsmen and materials for the kiln. The rarity of Ru artifacts can also be attributed to the fact that the kiln produced wares for approximately only twenty years, during the reign of Emperors Zhezong and Huizong. 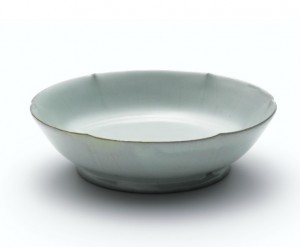 The process for making the wares was surprisingly advanced, considering its ancient origins. Ru ware was produced by firing clay at very high temperatures (1400 °C and above) during which part of the clay melts and hardens, producing robust, water-tight and often slightly translucent body. Each artifact was suspended by supporting studs in the firing kiln which allowed the glaze to be distributed uniformly across the whole surface. After the initial firing, the celadon was left to cool naturally for a period of time, causing iron crystallization in the surface glaze. The result was a turquoise to azure body colour with smooth jade glaze covering the entire piece. Another prominent feature (or defect, depending on who you ask) were the fine reddish-brown cracks also known as ‘crazing’ which often developed during the cooling period. These cracks occurred as a result of the glazing surface cooling and contracting faster than the body itself, thus stretching and ultimately cracking from the pressure. The Chinese aptly called it the ‘fish-scales effect’ after the fine pattern that developed in the wares. 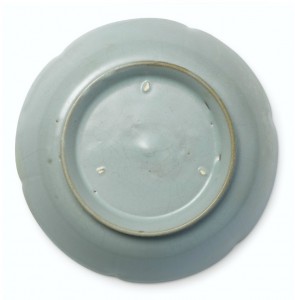 Since the ware was placed on special support racks in the kiln, the base of each piece had tiny indentation marks left by the studs of the racks. The stoneware tended to be on the small side, with vessels never exceeding 30 cm in height. The flatware also tended to be small with 10 to 15 cm in diameter, pieces over 20 cm were rarely produced.

The production of Ru ware abruptly ended in 1115, when the Jin Dynasty invaded Northern China. Some of the artisans migrated to Southern China and attempted to continue producing the wares there. However, due to a lack of suitable raw materials and differing climate conditions, they were unable to replicate the magnificence and sheer quality of the original Ru stoneware. 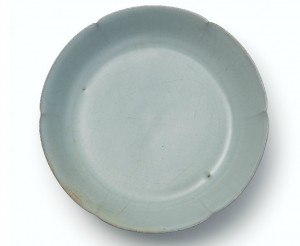 Update! This brushwasher including buyer’s premium sold for HK$208 million, or US$27 million.