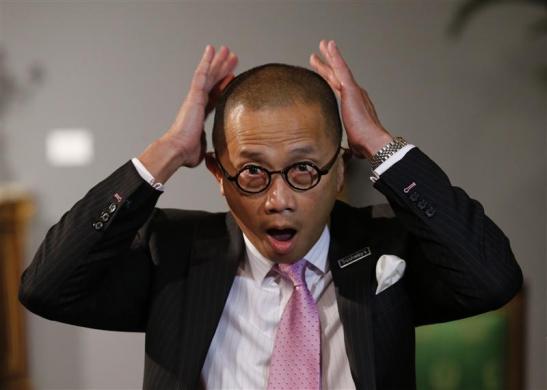 One of Sotheby’s most senior Chinese art experts is in Australia hunting for top-level Asian antiques to meet the growing demand from a new breed of avid and well-heeled buyers – many of them from China.

Robert Bradlow is head of Chinese ceramics and works of art at Sotheby’s in London, and he has a shopping list that includes ceramics, Buddhist bronzes and figural art, jade and ­lacquerwares – “three dimensional art”, as he describes it. All up his specialisation covers some 10 ­disciplines, though painting is not one of them.

Asian art is booming, fuelled by the huge rise of Chinese millionaires. Not only can objects command multi­million-dollar prices, but items valued by auctioneers at a few hundred dollars sometimes fetch five-figure sums.

Once, Chinese art was virtually the poor cousin of western art. Now it is a key sector for all major auction houses.

Sotheby’s chalked up global sales of $US362 million for Chinese art in 2013, including $US30 million ($33.7 million) paid in Hong Kong in October for a large 15th-century gilt-bronze Buddha. Its international rival Christie’s declared Asian art sales of $US978 million for the year with Chinese art believed to account for $US315 million.

Bradlow specialised in Chinese art in London before moving to Australia in 1992. He joined Sotheby’s in ­Melbourne in 2000, making regular ­visits to Hong Kong, and returned to London six years ago.

In that time, he says the market has been transformed.

“Mainland Chinese buying started from about 2000,” he says, “it started at low and medium but now it’s at all [price] levels. At some auctions in ­London, New York and Paris the major part of the buying is from China, Hong Kong or Taiwan.”

And with the high prices have come many copies – insiders agree that ­general auctions in Australia and elsewhere often include modern wares.

In China, of course, imitating works from the past has long been acceptable, in the spirit of craftsmen emulating the masters. Many fine antique porcelains bear the reign marks of earlier eras. But the flood of more recent works is a ­different matter. The Chinese potteries at Jingdezhen southwest of Shanghai, for instance, which once made ­porcelain for the emperors and their courts, are still producing traditional wares – some of which may end up on western markets masquerading as antiques.

Bradlow prefers not to comment on fakes, but admits they have become more of an issue and can be difficult to detect. Provenance can help: a known and documented history is obviously a major aid in establishing an artwork is not fake – or stolen. Provenance is also a top priority for institutions after a number of apparently smuggled works were purchased in good faith by Australian museums which probably should have been more cautious.

Bradlow will be at Sotheby’s ­Australia’s Woollahra offices in Sydney on Thursday and Friday, and at its ­Melbourne premises next Monday and Tuesday. He’ll be working with Ann Roberts, specialist in Asian arts at Sotheby’s Australia – an independently owned group that uses the name under licence.

Bradlow has his eye on the London firm’s big Asian sales in May and November, while Roberts is focusing on the Asian art sale in Sydney in April.

Bradlow will offer valuations and advice, but in the end it will be up to the vendors to decide where they will offer their art, he says.