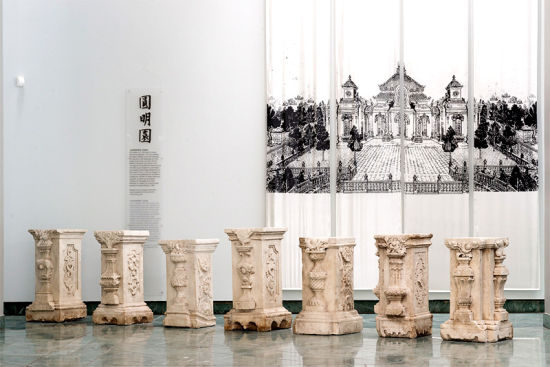 Seven white marble columns from a Chinese palace looted by foreign forces will soon be returned to Beijing by a Norwegian museum after a controversial property developer offered it a major donation, reports said today.

The invasion and colonisation of parts of China during the 19th century are still regularly highlighted by Communist authorities and remain enduring issues in the country, symbolised most emotively by historical treasures Beijing says were looted when British and French forces ransacked sites such as the Old Summer Palace and the Forbidden City.

The columns are among 21 in the KODE Art Museums of Bergen, which houses one of the most extensive Chinese art collections in Europe. They were part of Beijing’s Old Summer Palace, or Yuanmingyuan, built in European style in the 18th century.

They will be returned to Peking University later this year and alumnus Huang Nubo, a real estate developer, will donate 10 million Norwegian krone (RM5.3 million) to the museum, according to the China Daily newspaper.

Huang, chairman of the Zhongkun Investment Group, made headlines last year when he made an unsuccessful bid to buy 300 square kilometres of land in Iceland to build a golf resort.

The move was met with suspicion by some Icelandic politicians who questioned whether it might be part of a geopolitical power play by China.

Huang told China Daily that the museum donation is not a trade or “throwing away money”, but “a very meaningful action that shows patriotism, as well as a way of repaying back the mother country, which made me rich”.

Karin Hindsbo, director of the Kode Art Museum in Bergen, told China Daily that “the donation shall be used on academic research and the general care of our collections of Chinese art”.

“A donation like this makes a world of difference for Kode,” Hindsbo said.

Huang said he was invited to visit the art museum in Bergen, Norway’s second-largest city, by then-director Erlend G. Hoyersten when Huang was at a Sino-Scandinavian poets’ exchange event in Norway last year.

“The moment I saw the columns, my eyes teared up. After all, the lost relics from Yuanmingyuan represent an indelible history for all Chinese,” Huang said. “I told the museum staff the relics should not be on show, and they were sympathetic to my feelings.”

During the Qing Dynasty (1644-1911), British and French expeditionary forces invaded the garden in 1860, removing its precious imperial collections and burning the rest.

Norwegian cavalry officer Johan W.N. Munthe got some of them from unknown sources and donated 2,500 Chinese artifacts to the Kode museum in the early 20th century.

According to Zheng Lihong with the Yuanmingyuan park, the marble columns, representing a combination of old Chinese stone arts and Western artistic influence, were originally installed in the Western-styled part of the garden.

Zheng has not commented on the return of the columns.

Huang said the relics were not in good shape when he visited.

“I heard the museum was robbed twice. And they came to me in hope of getting a sponsor for better protection and maintenance,” Huang said.

“The museum is in possession of 21 columns, and has for decades only showed seven. So transferring seven of the 21 columns to China will not be a loss to the museum.

Their return comes as China is stepping up its efforts to re-acquire its lost relics.

That came after French billionaire Francois Pinault, the owner of Christie’s, last June gave back to China two bronze animal heads looted from the Old Summer Palace in 1860.