It is said, for example, that the practice of foot binding originated among court dancers in the early Song Dynasty (960-1279). Another legend dates to the thirteenth century and tells of the fame of the dancing girls with tiny feet and beautiful bow (bound) shoes at the tenth century court of the Southern Tang kingdom (937-975) in South Central China. It has been estimated that by the early nineteenth century up to 40%, and possibly more, of Han Chinese women had their feet bound. In 1644 the Qing Dynasty came to power in China. The new Qing rulers belonged to an ethnic group known as Manchu. Manchu women, contrary to the Han, were officially forbidden to bind their feet.

“Three-inch golden lotus (三寸金莲)”, “lotus” is a metaphor, but the “three-inch” is not. In ancient times, women had their feet tightly bound at the age of four or five to control further growth. Depending on their sizes, feet were granted different titles: All bound feet were called “lotus”, but those bigger than four inches were “iron lotuses”, four inches were “silver lotuses”, and the three-inch ones were called “golden lotuses”(about eight centimeters), which was apparently the highest ranking.

The walking posture of small-foot women was considered graceful and noble. The Chinese believe that the most beautiful walking is wonky willow-like, which displays the feminine charm. Therefore, tottering of foot-bound woman is attractive and elegant. 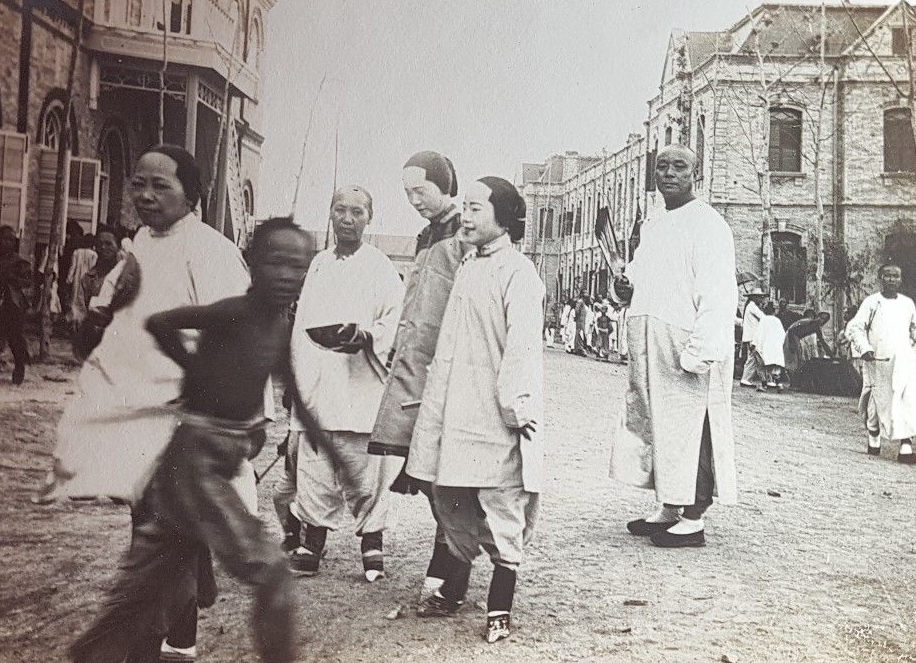 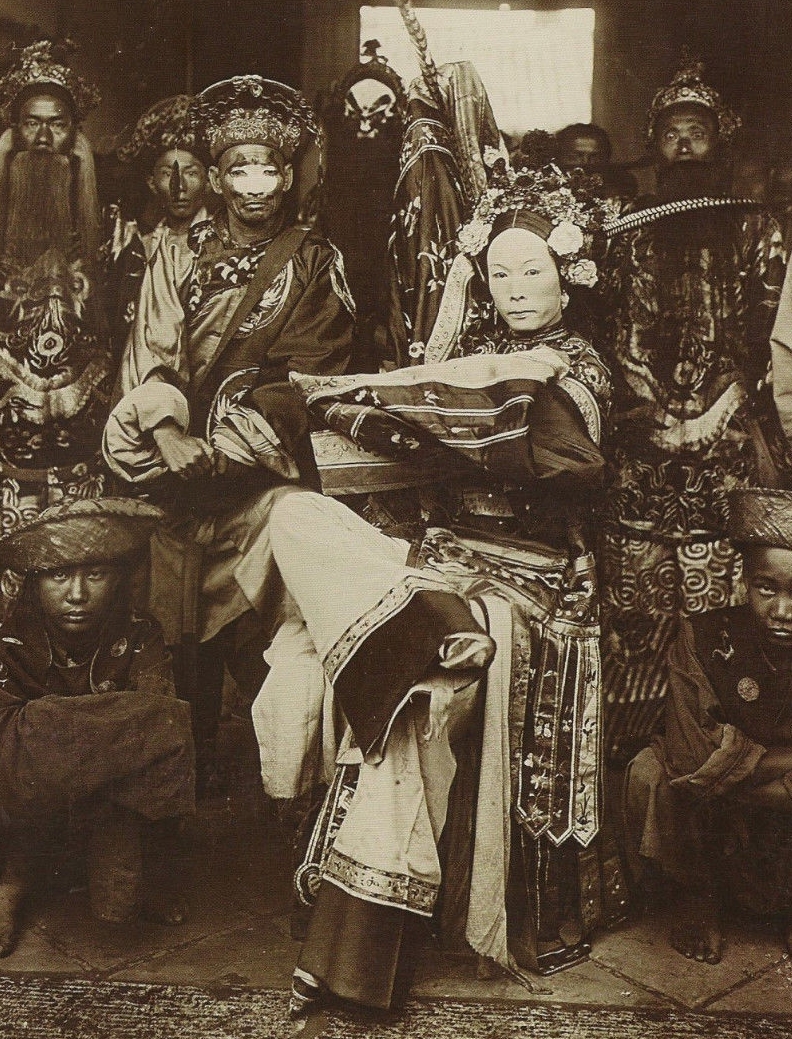 A rare Chinese bowl bought for about $3 from a yard sale in the U.S. sold for $2.2 million at an auction in New York on Tuesday.

The bowl, found in New York state, “was bought for a few dollars from a tag sale near the consignor’s home in the summer of 2007,” said Cecilia Leung of Sotheby’s. “At the time, the purchaser had no idea that they had happened upon a 1,000-year-old treasure.”

The previous owner displayed the bowl in their living room for several years before they became curious about its origins and had it assessed, Leung said. Sotheby’s pre-sale estimates valued the bowl, which measures just five inches in diameter, at between $200,000 to $300,000. 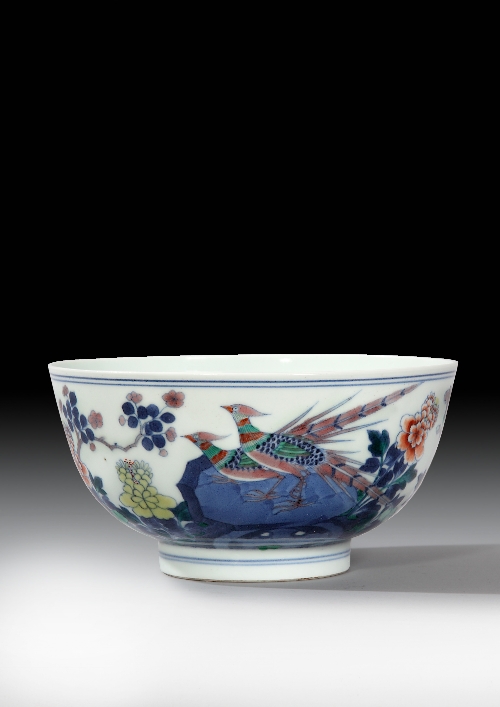 An antiques collector who sold a Chinese bowl may have lost out on £150,000 after forgetting he had another that would have made a lucrative pair. Tony Evans and his family were thrilled when his antique ‘rice’ bowl from the 18th century fetched a staggering £235,000 at auction.

But it wasn’t until after the sale that the family remembered a matching piece Mr Evans had given to son Simon 30 years ago.

The second bowl is now set to command a similar price when it sells as a single lot, making a total of nearly £470,000 for the pair.

But experts believe that had the items been offered together they could have fetched over £600,000.

Mr Evans, from Kent, had inherited the two Imperial porcelain bowls from his father Fred who had brought them back from working in China in the 1920s.

The extremely rare bowls are six inches in diameter, are decorated with pheasants and were made for the Chinese Emperor Kangxi in the 1720s. 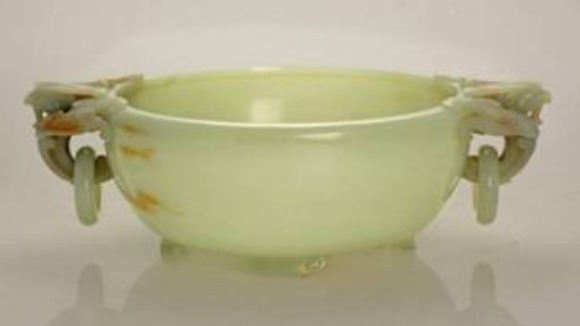 A traditional chinese ‘Phoenix’ marriage bowl has sold for a whopping £260,000 at auction.

A jade marriage bowl from the collection of the late Commander Paul Bridgeman of Dowdeswell Manor, near Cheltenham. The collection was sourced from the best London dealers of the late 19th and early 20th Century including Bluett & Sons, whose label appears on the underside of this bowl. Tragically the bulk of the Bridgeman collection was destroyed by fire at the Pantechnicon in London on 8th October 1939; the remaining items are offered in this sale. The bowl is of a type popular at the Imperial Qing court, the ring handles suspended from auspicious phoenix masks are typical of the form and the jade is of a pale celadon colour prized by the carvers of that era. 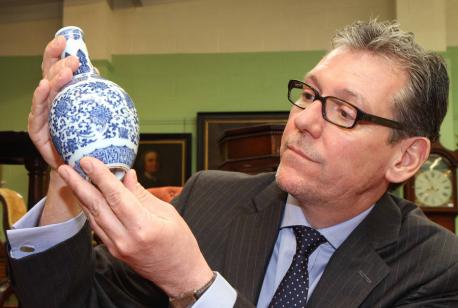