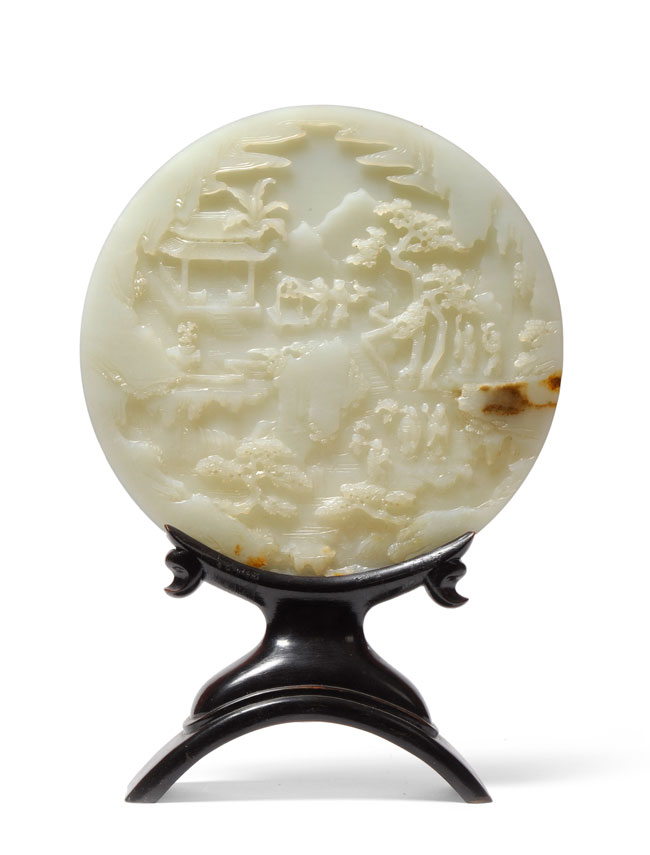 A plaque measuring just 8 inches across was found in an elderly woman’s retirement flat after her death. Her grandchildren had asked for the property to be cleared, and the work was in progress when an auctioneer came across the decorative jade plate. The expert said it was worth between £2,000 and £3,000, so the grandchildren decided to put it up for auction.

The expert was cautious about the price because the plate has a small mark on it. However, he suspected that the price could rise beyond the estimate, because of the level of interest from overseas buyers ahead of the sale. On the day itself they took 11 telephone lines, and bid the selling price up to £300,000. With fees the buyer will pay £360,000. The proceeds will be shared between her three grandchildren.

The plaque was in fact a circular table screen made for the Chinese Emperor Qianlong during the Qing Dynasty in the 18th century.