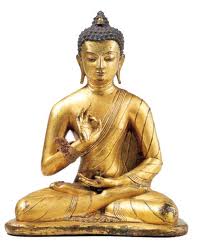 Let’s be clear on one thing right off the bat: I am not simple or naive. I am a professional, I speak multiple languages and I have a graduate degree.

However, when someone cold-called me from Shenzhen offering to share their buried treasure, I made multiple trips across the border to see for myself and came close to giving these people a lot of money.

I was sitting in the office last month when a stranger called from the mainland on my phone. He explained that he and his crew were doing some digging at a construction site and they had unearthed a tomb, containing treasure.

He said he had found three chests of gold and crates of priceless jade but he couldn’t be sure of their authenticity. He wanted my help to bring the items to Hong Kong, have them checked by experts and to sell them in Hong Kong.

The story was just plausible enough. I knew tombs were uncovered from time to time, containing various bounty.

He said he could not go public with his find because he would run afoul of mainland law that describes such bounty as national treasure that, as such, belongs to the state. His request that I help him move the loot to Hong Kong to avoid this law was believable enough.

I was not prepared to do anything illegal but I was intrigued. The prospect of getting a cut of this treasure was exciting.

So, off I went to Shenzhen. I did not completely suspend disbelief. I brought a friend who knew the mainland and who could bring a sceptical eye to events.

We met my caller, and his friends, in a cheap hotel that rented rooms by the hour. He drew a picture of the tomb and where it lay on the construction site. He said they stumbled on the tombs when doing excavation work, about 20 metres below the surface.

The name of the family in the tomb was Chen, and their name was also Chen. They said the gold was left by their ancestors and that it was their “destiny” to discover the treasure.

This yokelish superstition and self-justification to take the treasure were believable. I thought I was dealing with simpletons, a belief that was reinforced by their thick rural accents and bumpkin ways – how wrong I was.

The caller pulled out four gold smiling Buddha statues and two gold yuanbao – ancient Chinese currency. They looked authentic, like items you might see at a high-end antiques store.

Because they could not sell the Buddhas as antiques, their plan was to melt them and sell the gold. The leader of the gang, my cold-caller, produced a blowtorch, and used it to casually cut off a piece of gold. Go to Hong Kong and see what it is worth, he told us.

My friend and I did just that. We went to a jewellery store which told us that the gold was almost pure – 22 karats – and they valued it at HK$20,000.

Now we were intrigued. So we went back to Shenzhen, and this time our new mainland friends asked us to go back to the tomb site (about one hour from Shenzhen) to pray to the ancestors. They led us through a solemn ceremony of praying, bowing, chanting, and burning incense, after which conversation subtly shifted into a discussion of money.

They wanted another 100,000 yuan to pay as a bond to secure their right to do construction work. I knew enough about building to know contractors have to put up this amount of money on building projects. It was credible.

We told them to sell more gold, noting that they had two-pound gold bars in a bucket. They said they could not go to Hong Kong because they did not have passports. After some jostling the ringleader melted down more gold from a Buddha, this time into a casting tray, to make a six-ounce (170 gram) ingot.

We still wouldn’t give them money, but when they asked for Western cigarettes we gave them four cartons.

Off we went to Hong Kong. Again, we were told the gold was of a high purity, and the jewellery shop paid us HK$60,000 for the ingot.

We went back to Shenzhen to give our mainland friends the money for the gold. Now they were pressing for the 100,000 yuan to secure the site. This would be in exchange for gold that, no doubt, would prove worthless.

Almost as an afterthought, I decided to check the internet to see if there was any gold Buddha scams out there. And, of course, there were. I came across stories in the US and Singapore, of people who gave up big sums of money to fraudsters who were following an identical script to the story we were hearing. I cut off contact. I got off lucky. All in, I made four trips to Shenzhen and spent about 600 yuan on cigarettes and hotel rooms.

In the end, I have to say I was impressed with the scam. They stuck to a well-written script. They developed an elaborate back story. They were persuasive and they managed to get their hands on tens of thousands of dollars’ worth of gold, which they were prepared to hand out to strangers, as a kind of prospecting fee for their fraud. They were scam artists, but they worked hard for their money, and they were good at what they did.