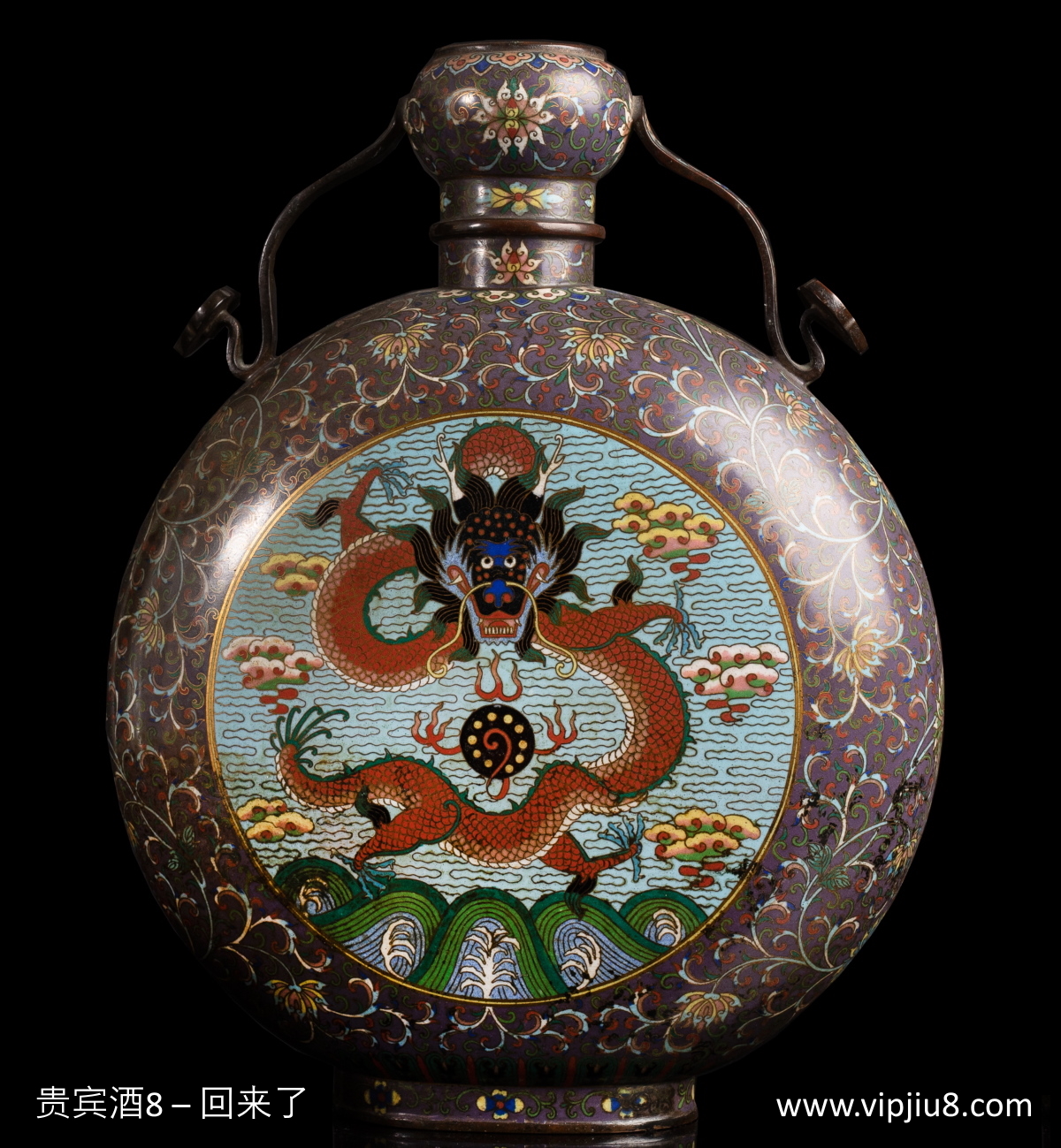 Cloisonné is an ancient technique in a multi-step enameling processes. It was first developed in the Near East, then spread to the Byzantine empire and from there to China. In antiquity it was used for jewellery and small fittings for clothes, weapons and other small objects. By the 14th century the Chinese were using it for much larger objects such as bowls and vases.

It was mainly used to decorate metal or ceramic objects. The earliest dated Chinese cloisonné is from the Ming period of (1426 -1435) a very few cloisonné pieces have been dated to the Yongle reign (1403 – 1424) on stylistic grounds.

It is made by creating a design on metal-ware with coloured glass paste placed within copper or bronze wire, which has been bent into the chosen pattern, known as cloisons (French for partitions), these are either pasted or soldered onto the metal body. The glass paste or enamels are then coloured with metallic oxide and painted into the cloisons of the design. The piece is fired at around 800 degrees C.

The enamels shrink after firing, so the process is repeated several times, once this is complete the vessel is polished until the edges of the cloisons are visible. Chinese cloisonné is among the best known enamel cloisonné in the world.