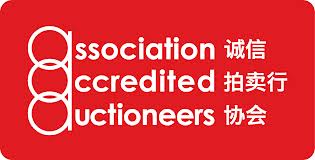 The Association of Accredited Auctioneers (Triple-A), founded in 2012 by 19 UK auctioneers to attract Chinese buyers, are to hold an auction of Western fine art and antiques in China.

An estimated 900 UK-consigned lots will be on view in Beijing and Shanghai prior to the auction in Xiamen Freeport on April 19.

“The sale will be a unique and ground-breaking event,” said Triple-A chairman Chris Ewbank of Ewbanks in Send, Surrey. “Apart from a charity sale in the Forbidden City in 1988 and the auction of a single sculpture in September last year, participation by Western auctioneers in mainland Chinese auctions has been impossible.

The ambitious project involves two Beijing-based partners: Huachen Auctions, the Chinese auctioneer who will conduct the sale and Epailive, the online bidding portal who will promote the event (in both Mandarin and English) to its 100,000 registered members.

More significantly, AAA say an escrow and foreign exchange licensing system – operated independently of Epailive – will guarantee payment and transmit funds into sterling without delays. On registering to bid, prospective buyers are contractually required to commit funds to cover their purchases, money that is accessible to the auctioneer within 48 hours of the sale.

The auction will feature art and antiques at inclusive price levels with all Triple-A members invited to submit items for sale. As the twin aims of the exercise are to promote the values of British auctioneers and learn more of the Chinese appetite for Western works of art, members have been encouraged to source British and European clocks and watches, silver, jewellery, pictures, furniture and collectors’ items valued at ‘£1500 upwards’ – the exception being the Chinese silver made for export to the West in the late 19th and early 20th century.

Vendors involved in the project will be charged what Chris Ewbank termed “a relatively modest administration fee” that primarily reflects the cost of shipping by container. As all approved items need to arrive at the duty-free Freeport in time for the official launch of the Triple-A enterprise at the British Embassy in Beijing (April 12), the association has until the middle of February to complete the consigning process.

Plans for the auction were laid during a six-day visit to China by a dozen Triple-A founder members who manned an exhibition stand at the Beijing International Art Fair in December. In addition to distributing promotional literature and catalogues, members gave presentations on Western antiques to local collectors and dealers.

The lectures, streamed live to Epailive’s online audience, were complemented by a forum discussion involving Chris Ewbank, Stephan Ludwig of Dreweatts and Jeremy Lamond of Halls in Shrewsbury and members of state government and the Chinese art trade aimed at creating greater understanding of the British auction system.

Two new members have recently been added to the 19 founder auctioneers – Chorley’s in Gloucestershire and London-based Russian works of art specialists MacDougall’s.